You are here: Home / Games / Tabletop & RPGs / Only 100 of these Mimic deck boxes will be painted

Unnatural 20 Art’s Mimic Dice Boxes launched within the hour and have smashed targets on a campaign with a limited quota.

It’s a “Make 100” campaign on Kickstarter, and it looks fierce, glorious, and everything you could want for your cards. Geek Native has plenty of prototype photos to share.

However, if you’re worried about missing out, then you can jump straight to the campaign here.

Unnatural 20 Art told me they wanted to make the box toothy but functional.

Karl Payne and Danielle Hurley are Unnatural 20 Art, based in Portland and artists who create fantastical nerd-culture stuff. The company has featured in Geek Native before, and with another mimic, one that works as a dice box.

That’s how we know the creatives have an Etsy store for international shipping, even if it’s not got the same vibe as their main one.

Unlike the usual products from Unnatural 20 Art, this dice box will be 3d printed, which means you can buy just the STL file if you have your own technology.

With over 15 years of combined experience in the entertainment and art world, we thrive on creating things no one has seen before, using a blend of traditional and modern techniques.

A pledge of $15 will get you the pre-supported and un-supported files.

It’s a leap up to $90 for the unpainted box, all printed for you.

It’s a leap again to $250 for the painted version, and it’s this tier that’s limited to 100. Outside of the States, you’ll have to pay shipping fees.

There are early bird options still available. The STL files are due out this month when the campaign closes. The printed boxes, painted or otherwise, are expected in August.

Only 100 of these Mimic deck boxes will be painted 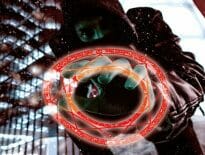