Adam Jury is the co-founder and co-owner of Posthuman Studios, a gaming company that publishes Eclipse Phase and other RPGs.

Today, OneBookShelf, the company which operates DriveThruRPG and partners with Wizards of the Coast for the DMsGuild, announced that they have hired Adam.

Geek Native has been told there will be no changes to Posthuman Studios.

Jury replaces Adriel Wilson in their role of looking after the indie (or smaller) publishers on the site. Adriel now works for 9th Level Games and on projects like Savage Sisters.

Adam will be taking on some responsibility straight away but will be shared and supported by more senior staff in the short term (so responses might not come from Adam yet). Adam’s own experience as a publisher via DriveThruRPG will be helpful in the new role, as publishers will be able to ask for help or advice from someone who may have previously had the very same challenges and business demands.

Meredith Gerber remains in position looking after the site’s larger publishers, and Lysa Penrose is the community manager for the DMsGuild. 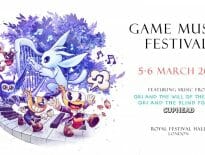