Geek Native’s RPG and geeky convention calendar has had its first update for the year.

Over 40 listings have been added, but maintenance is a Sisyphean task, and so, if you see an error, please let me know. It may well be a mistake from these fingers or perhaps a convention needing to make changes to navigate the increasingly challenging world of real-life events.

The Geek Native convention calendar doesn’t just have real-life events, though, as it tracks online conventions and days too. Not actual plays, though.

Some of the new events include the online Romance of the Cyclops Con from Goodman Games, slated for May 13 to 15.

The calendar tracks online events the tabletop gamers might be interested in and isn’t restricted to just tabletop conventions. Comic Cons and anime events, for example, are also included. A bit like Geek Native itself!

For example, in March and in London, there’s the Games Music Festival to be held at the Royal Festival Hall. What a remarkable event!

I also noticed that AireCon has a merch site, and so I’ve added that, as the first convention, to the merch sites that support the hobby industry. 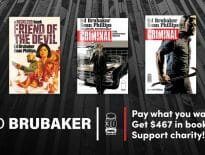