It’s a credit to Cubicle 7 that while I still feel intimidated by the Age of Sigmar, those concerns quickly fade as I read Soulbound products.

Soulbound is the roleplaying game set in the high fantasy of the Age of Sigmar, and Champions of Order is the first supplement for it.

I still consider Age of Sigmar the Warhammer that I didn’t play as a young man, the newcomer that I didn’t follow, but it matters less when guided through RPG material as it all makes sense at the time.

But, here’s the catch, it still matters. Champions of Order uses terms that aren’t immediately familiar and perhaps should be. Generally, it’s not a problem; if it’s not a passing mention and if the word is of any import at all, Cubicle 7 explain it. Sometimes, though, there’s a dissidence that I struggle with, like the Daughters of Khaine being a faction of Order. Isn’t Khaine a Chaos god?

I’m using “light touch” as a positive thing here. I imagine there was a risk that Champions of Order would do one or both of two things.

The supplement could crank up the crunch and give more rules and mechanics for the forces of Order. After all, Age of Sigmar is a wargame at heart.

The supplement could also have succumbed to the big guns lure by making sure it was an attractive purchase to players by offering their characters new, bigger, and better options.

Thankfully, Champions of Order does neither.

In fact, Champions Order cautions against the latter and advises a discussion and reconsidered game balance before allowing any of these new options into the game.

There are new rules in the shape of Talents & Miracles, equipment and spells, but these don’t reinvent the wheel. There’s nothing new to learn; there’s just more of the Soulbound you already know.

The critical new additions are the sub-factions and archetypes for them.

The core of the 140+ page book is the new Archetypes it offers through the vessel of sub-factions. This starts on page 18 and concludes on page 68.

The core of the book? This is the book’s heart and why the light touch brings excellent flavour.

There’s a page introduction to each group, then the same for sub-factions, then an outro power that makes that sub-faction a “thing of note” in the mechanics too.

The result is something like a gazetteer or history supplement but far better because it is tightly focused on the sub-factions, you know it’ll be brief, and there’s a what-it-means-for-you payout at the end.

The tour of the sub-factions also layers up exceptionally well; the resulting detail does well at bringing the main factions to life.

Champions of Order’s Talents and Miracles

Talents are those special abilities and techniques that Soulbound characters pick up. They’re defined at first by archetypes but then open up to all character progress, provided base requirements are met.

Champions of Order adds pages of them with tricks like Crack Shot, Duelist and Meditative Channelling.

In contrast, Miracles are much rarer and come via the Blessed Talent and often from particular gods. We’re reminded that all the Age of Sigmar world gods helped create the binding ritual that so defines the Soulbound.

Miracles include Exorcism and Smite. There are also Miracles from specific gods, but not all of them. We have flavour from Alarielle, the Ethersea, Grimnir, Grungni, Khaine, Sigmar and Teclis.

There’s no doubt in my mind that Soulbound: Champions of Order is a worthy addition to any Soulbound RPG collection.

It’s a supplement in the truest sense, not changing the game, but adding material you would rather have than not have, but yet which didn’t make the main book.

Champions of Order doesn’t make sweeping changes to your game, but all new sets of options can be disruptive if not carefully managed. Unlike every supplement out there, Champions of Order tries to be a graceful extension of the game.

My mind turns to the sweeping changes that Games Workshop has made to the Age of Sigmar since Soulbound started. The parent wargame has advanced the clock, pushed the plot on and made big changes to the world.

Could a supplement like Champions of Order be used to update the RPG to the new Sigmar era? I think it probably could, but this particular supplement shows the value in not having to. There was depth in the Soulbound game waiting to be mined, explored and then presented to Warhammer gamers, and that’s the success here.

Please note: My copy of Soulbound: Champions of Order was provided free for review. 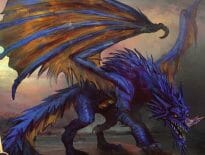 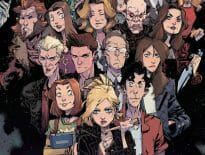