Lord El-Melloi II’s Case Files {Rail Zeppelin} Grace note is a spin-off anime that ran from July to September in 2019.

The name gives no clue, but it is a spin-off from Fate/Zero and features the grown-up version of the kid who would up with the heroic spirit Iskandar, the King of Conquerors, during the Fourth Holy Grail War.

This English-subtitled trailer shows a new episode for it, a special that’ll air on December 31st.

You can still see the original series on Crunchyroll, geos willing.

Waver Velvet – The boy who fought side by side with the King of Conquerors – Iskandar – during the Fourth Holy Grail War in Fate/Zero. Time has passed, and the mature Waver has now adopted the name of Lord El-Melloi. As Lord El-Melloi II, he challenges numerous magical and mystical cases in the Clock Tower, the mecca of all mages.

Crunchyroll will stream the special edition episode on the 31st as well. The original cast and crew are back for it.

There’s also a music video for the special, by ASCA, released.

One review, from Druidlcesis, says what anyone who’s seen that Fate/Zero might be thinking;

I HATED Waver Velvet in the original series, until about the end and I kind of fell in love with him. I loved watching how he’d grown and what his life had become in this series. This was a lot of fun and an adventure to watch. 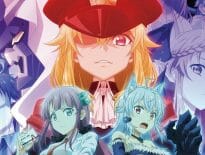 Anime Making monsters with Miss Kuroitsu from the Monste… 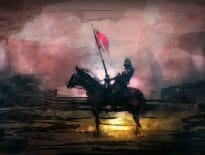