Sometimes, roleplaying games can become very focused on the heroes.

As much as a GM presents a believable world, the players’ stories quickly become the Axis Mundi around which the story revolves. This isn’t too much of a problem, but it can shatter the feeling of reality in the game when players make all the big world-changing decisions; their dramas are the core of every event.

Luckily, there’s a fun way to broaden the horizon of your campaign and allow your players to still take part in the action. The parallel story technique.

What is a parallel story?

A parallel story is a tale that takes place simultaneously with the main ‘action’ of the campaign you are running.

They feature a different set of characters, often picked by the GM. Those characters are about to undergo something relevant to the main story, and they are maybe going to make a choice, discovery, or sacrifice that has a lasting effect on the campaign.

The players take time out from the main story to play these new characters and see the world from a different perspective. Maybe they are servants of the villains of the campaign, sent to fetch a valuable object or kidnap an ally of the PCs. Perhaps they are a group of adventurers who are about to awaken a horrible evil.

The players play this one shot and know what happened, but their original PCs may only run into the aftermath of the events that transpired.

Why would I take time out of my story to do this?

The technique allows us to make the world feel bigger: more people have agency than just the original PCs.

It also adds emotional investment to the story. If the characters stop at a settlement they find terrorised by a local warlord, they might choose to help. But if they’ve personally played villagers who have already been through hell? Maybe lost a few of their own? Then the players will feel like some payback with their big hero characters and go off to defeat the warlord and rescue the remaining parallel story survivors. In general, a parallel story makes a deeper, easier to believe universe.

Sounds fun; what do we need to remember?

Well, a good parallel story is reasonably easy to pull off, but there are a few things we need to try to put in to make it really shine.

Different Viewpoint: It’s really important that the parallel story reveals something new about the game world or puts a different perspective on events. This makes the side-story feel fresh.

Different and Memorable PCs: Try and design the characters of the sidestory as something new for the players to try. Give the brutal hand to hand character to the civilised socialite. As long as everyone would still enjoy playing outside a certain box, then take a moment to offer new play experiences for players. Give each of them a ‘hook’ or strong concept, so players get who they are pretty quickly.

Familiar NPCs and new starts: Put at least one NPC from the main storyline and have them act a little differently. Have a villain show humility and loyalty, or a friendly NPC gets ticked off by this new group. Don’t linger on it, but just an NPC they know feeling unfamiliar will deepen the story.

Also, bear in mind if you introduce a new NPC in this story, they can always show up in the main storyline if they are popular. It’s a great way to introduce a new big bad, as well. See them get mean before they meet the real heroes.

Brevity: Don’t spend too long, like a session or 2 is enough.

Be clear about that too: people will go with you for a while but if you deny them the original story too long, then they are either going to start wondering if they will ever return to the main plot or they will start heavily investing in this side character. I’ve had a player drop their original character because they preferred a side character, and while it turned out more fun in the end, it did require an extensive campaign re-write.

Most important is relevance: It can’t just be a random, unconnected jolly if you do this. It needs to have some connection to the original story. Either the aftermath is important, or the events the parallel characters go through change something in the game’s main narrative. If not, the parallel story is instead just an unconnected one shot.

What happens after it finishes?

Well, then you need to weave the parallel story elements back into the original narrative.

But more than that, you now have an additional set of characters who can be used at any time. Maybe someone uses their parallel as a backup if their character dies, or later you split up your PC group for a session and have some of the main PCs meet some of the parallels, with some people reprising their parallel roles and others staying with their PCs. Once you’ve opened this door, it changes the way players view the story they are playing.

Yes. You can also run a Flashback in which the story takes place in the past around an event that is important to the campaign, usually framed by an NPC telling the PCs the ‘true story’ and then handing players character sheets to play the people in the past.

These can get messy if you don’t watch your continuity though, I’d suggest you go and read my ‘time’ series and take notes.

Depending on the game, you can also do a Flashforward to a possible future where the players play old versions of themselves or their children. But you have to frame this as a potential future the PCs can prevent because otherwise, it’s really difficult.

There are also many similar techniques or use this idea as a baseline for more complex stuff. Next article, we’re going to take a look at a few of them. 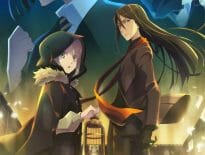 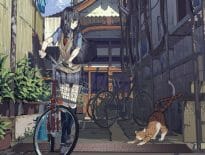