You are here: Home / Games / Tabletop & RPGs / Spirit Ancient Tales is an RPG of possessed adventurers

The player characters in Spirit Ancient Tales are the spirits possessing adventurers, not the other way around.

That’s an intriguing proposition, but the Kickstarter has gone live when everyone is broke from gift-buying, and English is not the team’s first language. So the campaign faces a challenge to secure the €15,000 it asks for. Still, there are 38 days as of today to join in the action.

The RPG will be produced in Spanish and English, with backers deciding which version to go for in the pledge tiers.

The ancient spirits in the game have had enough of waiting and watching. They possess people to achieve their goals, but it’s never said what those goals might be.

Body swapping is absolutely possible, making Spirit Ancient Tales a fantasy version of Altered Carbon. Or should that be “Spirit’s Ancient Tales”, as some of the artwork inserts that apostrophe and S into the RPGs title?

Spirit Ancient Tale is generous with the previews, offering many in the Kickstarter pitch for you to browse. The character generation is included below.

If goals are met, the finished book will include spirit creation rules alongside an explanation of the fantasy world’s races and classes.

Spirit Ancient Tale (SAT) will have its own system, an encounter section and its own set of magic rules. The RPG will have tips for GMs, examples of play, pre-generated spirits, magical items, 20 monsters and 10 NPCs.

In SAT universe the main limit of the magic are the ideas and the second one is the magic power. Magic is not following the normal rules of books, spells and fixed damages so they depends on how you use the different ways of magic that you have learnt. For example if there are two elementalist one of them could focus in the fire and increment his destruction power but other could focus in fire, light and wind and instead of destruction power select the capacity to inflict various effects on the enemies.

Stepping up to €45 steps the format up to softcover, but shipping and other fees will be required.

At €55 (there’s a cheaper early bird tier), both formats are yours.

There are higher tiers, but none which offer a hardback. Instead, from €75 extra PDFs for a monster book, magic items book, characters and NPC book are added. Those become softbacks as well at the €95 tier.

Backers get involved in alpha and beta testing at higher levels beyond that.

The core rules in PDF are expected out in December 2022 and most other tiers in March 2023.

Spirit Ancient Tales is an RPG of possessed adventurers 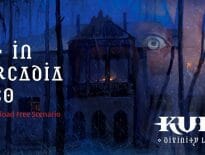 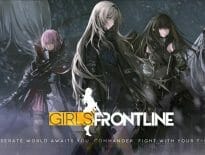