You are here: Home / TV / Anime / The mystery around Girls’ Frontline continues

When we last had a Girls’ Frontline trailer, I was able to report that anime sources expected it to stream worldwide, but it had been delayed.

I wanted to know where not when it was going to stream. Part one of the mystery is that they still won’t say.

This time, Anime News Network asserts the show will stream globally. It tells us the anime’s Japanese stations will run on, but not any streaming platform.

Where does ANN get their news for Girls’ Frontline? An email source.

I can’t find any mention of the series on IMDB, just the game. It’s due to air in January, which is cutting it late.

Girls’ Frontline, aka Dolls’ Frontline (I think “Dolls” has been edged out to tone down the women-as-weapons fetish), is based on a computer game. The game comes from China, and I wonder if it’s this complication holding some of the details around the anime release back so successfully.

In the game, it’s an alternative timeline in which a widespread disease… no, wait, it’s really an alternative timeline because, in this reality, it’s a military accident that causes the disease. The population gets whittled down to almost nothing, so we become reliant on replaceable Tactical Dolls / T-Dolls to fight our wars and wreck things on our behalf.

The mystery around Girls’ Frontline continues 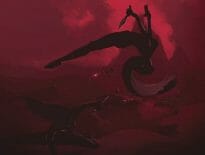 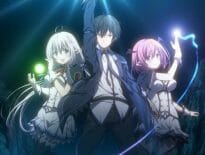 Anime Is he actually called Villager A? The Greatest Dem…
wpDiscuzComment Author Info
Manage Cookie Consent
This site uses cookies 🍪, and links are ads that may earn bloggers some money 💰, and with this alert, I very much hope that these dark truths 🧌 are acknowledged.
Manage options Manage services Manage vendors Read more about these purposes
Preferences
{title} {title} {title}
Loading Comments...