As noted in Friday’s RPG news summary, Critical Role’s own publisher studio Darrington Press is about to publish their first RPG book.

Tal’Dorei Campaign Setting is due out on January 18th, it’s in 5e, and it looks great. However, a company specialises in making RPGs look even better, making them expensive but highly desirable and exquisite collectables.

That’s Matthew Lillard (the same) and Beadle and Grimm’s. They’ll be making Tal’Dorei too. They also say they can’t show us everything, but they’ve shown us a lot, and it’s as good you’d expect. It’ll ship on the 30th, just 12 days after the core release.

In the Tal’Dorei Box Set, there’s the campaign setting in separate books. As a GM, you can give players their bits and not worry about the rest. There’s a GM version of the Gazetteer and a players’ one.

There are many maps, a custom GM screen, encounter cards, jewellery, and other in-world handouts.

Beadle and Grimm’s say they have three products coming. The first is that Tal’Dorei Campaign Setting Reborn box set. The other two are;

The first contains battle maps, a term usually used to describe up close and place mini on maps showing locations where tracking precision is essential rather than Tal’Dorei cartography. Usually.

The second has more heavy metal for players, and the presumption is that this metal comes with a way to attach to clothing.

Furthermore, in the Beadle and Grimm’s store, we can see three versions of the Tal’Dorei Campaign Setting Reborn box set.

Beadle & Grimm’s can handle international shipping and note that if you’re in the UK, you can import up to £135 without having to pay duty. That means punters like myself would be looking at duty and VAT. Why VAT too? Books have different VAT rules, but these box sets come with maps, jewellery and other non-book items.

Beadle & Grimm’s aren’t yet found on Amazon UK, but they have retail partnerships. For example, Noble Knight Games has a small selection of stock. 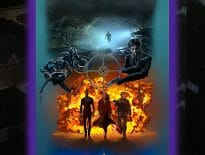 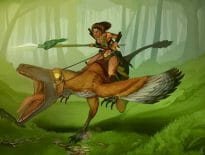