Chamomile has been doing one Kickstarter a month and doing it well. The 5e products are on-schedule and then selling well in retail after launch.

Each success begets success, and the latest, Cora’s Guide to Dinosaurs, funded quickly, easily finding $500. Now, with two weeks on the clock in pretty much a two-week campaign, there’s more than $3,000 pledged. From the project page, you can pledge to the dinosaur, barbarian, and fallen civilization zine.

There are new barbarian classes and help for the GM to run better games. In fact, Chamomile calls out the old AD&D of starting with your world creation myth as something to skip.

Honestly, first, as the designer also admits that there are not many dinosaurs not yet covered by official D&D supplements, so they push the boat out to provide critters like the sabre-tooth displacer beast and a twelve legged raptor.

Lay giants low with new rules for colossus climbing, embrace the power of the wilderness with new feats, and brave the most hostile environments imaginable with new rules for extreme environments and deadly storms. Bring peace to the borderlands with a new campaign structure in which completed quests make regions safer, adding a layer of strategy and time management that connects your dungeon delves and monster hunts.

A $1 pledge is acknowledged; your name goes in the book. At $5, backers get a digital copy of the zine, which is exceptional value for money.

A physical copy is added to the rewards, along with the credit and PDF, for backers at the $12 level. That’s about £10.

The tiers above that are limited in number. The first gets you a signed copy, then at $50, you get a signed copy and a barbaric or prehistoric ability named after your character. This tier is popular, with 60% sold out at writing.

Higher tiers exist and the digital delivery is slated for March 2022, with the physical copies coming later in April. 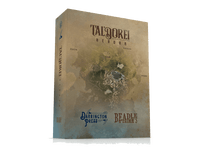 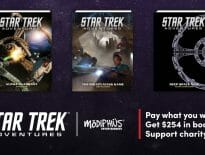