Requiem of the Rose King is an anime based on the dark historical/fantasy manga Baraou no Souretsu.

For its part, Baraou no Souretsu is loosely based on the Shakespeare plays Henry VI, Part 3 and Richard III. The Requiem of the Rose King’s suggested demographic is Shojo, targeted to females in their teens, making the show a Shakespeare Shojo. There can’t be many others, right?

The Houses of Lancaster and York conflict with each other, claiming their leaders to be the rightful King of England. We begin with a focus on a young Prince Richard III, who is despite by his mother and adored by his father, the Duke of York. The Duke claims the title of King, Prince Richard, has inner demons and is increasingly isolated.

The real-life Wars of the Roses lasted for 32 years and saw the royal Houses of Plantagenet: Lancaster and York in conflict. You’ll see no shortage of roses in the trailer to the anime.

Viz has the license for the English-language manga translation which you can view on comiXology. They describe the manga;

Richard, the ambitious third son of the House of York, believes he is cursed, damned from birth to eternal darkness. But is it truly fate that sets him on the path to personal destruction? Or his own tormented longings? Based on an early draft of Shakespeare’s Richard III, Aya Kanno’s dark fantasy finds the man who could be king standing between worlds, between classes, between good and evil.

The anime is due out in Japan on the 9th of January. 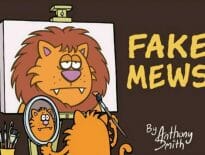 Comics We know it is all true: A review of Learn to Speak… 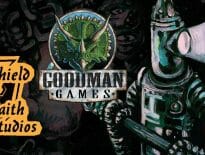 Tabletop & RPGs The Umerican Survival Guide picked up in Shield of…
wpDiscuzComment Author Info
Manage Cookie Consent
This site uses cookies 🍪, and links are ads that may earn bloggers some money 💰, and with this alert, I very much hope that these dark truths 🧌 are acknowledged.
Manage options Manage services Manage vendors Read more about these purposes
Preferences
{title} {title} {title}
Loading Comments...