You are here: Home / Books / Comics / We know it is all true: A review of Learn to Speak Cat – Fake Mews

Learn to Speak Cat may be familiar to readers based in the UK. The series by Anthony Smith was a daily feature in the Metro. The Metro is a free newspaper often given out for busses and train tips.

It is likely that commuters up and down the country chuckled at the strip. Fake Mews travels fast.

The series has been syndicated worldwide through GoComics, and the latest instalment, with all-new comics, is with Soaring Penguin Press.

Soaring Penguin’s site suggests the graphic novel will be coming to ComiXology. I can’t see it there yet. Amusingly, Black Cat, the Marvel superhero, tops the search results there when I look. As it happens, Anthony Smith has worked for Marvel UK before so that’s not a million miles off (just a few thousand). Smith’s also the talent behind Private Eye’s “Logos as they should be” series.

Some people have all the talent.

Anthony Smith clearly has talent and a cat. Learn to Speak Cat isn’t actually about learning to communicate with your cat at all, despite the opening prefix. Yeah, it’s often about what cats mean (feed me), but other times its just funny gags.

The fantastic thing about Learn to Speak Cat is that all this humour is presented in just one panel. It’s like a great Instagram comic strip without Facebook tracking pixels.

By default, Learn to Speak Cat: Fake Mews is a page-turner because that’s the automatic human reaction. You laugh. Instinctively your finger makes a move to repeat the easy success you just had, to hit that endorphins button again, and you’re given another hit. And so the pattern repeats.

There are over 100 panels in Fake Mews, and I whisked through them all in one sitting. I think I’d finished the whole book before the oven finished preheating for dinner. It’s that quick.

I’ve lived with cats. It’s the “Ah, they totally do that!” moments that work the best for Learn to Speak Cat. Because, and Anthony Smith is spot on because cats absolutely do that. As I said, the cartoonist must have or have had a cat or two.

Why isn’t this available as a calendar? Is it because it would be impossible to pick just 12? Not enough for 365? It feels like a problem worth solving.

Earlier instalments of the Learn to Speak Cat series are on Amazon, and not too expensive, but the beauty of Fake Mews is that these are new material. The timing is perfect (purrfect?) as it means this edition is ideally suited as a Christmas gift for a fan of the series; they won’t already have it.

As my speed-read of the graphic novel confirms – I really enjoyed Fake Mews. I suspect you need to have experienced an actual cat, and for a long while, to fully appreciate the insight. But I can’t uncat my brain to test that hypothesis; once catted, you’re marked forever.

Overall? Buy it as a gift for a cat-lover, you know, or put it on your wishlist. It may be fake mews, but these are cat truths.

Disclaimer: My copy of Learn to Speak Cat: Fake Mews was provided for review by Soaring Penguin Press. It retails for £9.99.

We know it is all true: A review of Learn to Speak Cat – Fake Mews 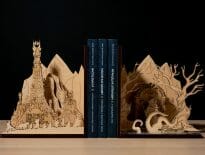 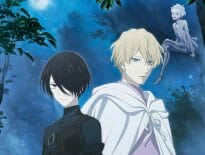