You are here: Home / Games / Tabletop & RPGs / Greater Than Games gobbled up in tabletop publisher deal

The company that bought Cheap Ass Games, Greater Than Games, has been bought by Flat River Group. Previously, Flat River Group bought Impressions who used to be involved with Free RPG Day.

It’s a small world. Tabletop games industry commentators will only half-jokingly point out that what makes this deal remarkable is that it’s neither Hasbro nor the ever-hungry Asmodee completing an acquisition here.

Greater Than Games publishes Sentinels of the Multiverse, the mind-reading party game Medium and Spirit Island.

The company is only 10 years old, founded in 2011 and based in Missouri in the United States. It’s seen M&A activity before, not just with Cheapass Games in 2019 but with Dice Hate Me Games back in 2015.

Paul Bender, president of Greater Than Games, told the press;

For the past ten years, we at Greater Than Games have been committed to making high quality games, and to growing and bettering the tabletop gaming industry. I have been interested in working more closely with Flat River Group for several years, and I’m extremely excited to be joining forces with them starting today. I believe that this partnership will let us develop and produce even more games of the high quality for which we strive, and I’m really looking forward to working more on all of our upcoming projects.”

Asmodee, also believed to be for sale, is known not just for buying companies but also for logistics and distribution. Flat River Group does a similar thing. In addition to the games it publishes, it supplies Amazon, QVC, Target and Walmart.

The Flat River Group site isn’t about games, and it’s about end-to-end e-commerce. In other words, it’s a company that helps other companies sell stuff to you and me.

Greater Than Games will hold a YouTuve town hall on December 9th, Thursday, at 2:00 PM CST to take any questions or concerns fans have. They boast about their dropship capability.

Greater Than Games gobbled up in tabletop publisher deal 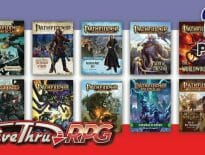 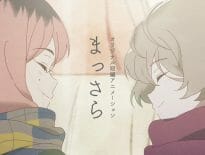