You are here: Home / TV / Anime / Moving on from death: The Detective is Already Dead trailer

The Detective is Already Dead is an anime about mystery, romance, and death.

It’s the story of Kimitsuka Kimihiko, who ends up being the assistant of a sexy and supersmart private detective. Together they travel the world, solving crime.

The anime is the story of Kimitsuka moving on. The latest trailer, with English, subtitled triggered by the caption button, is out.

Several different networks will be running the anime adaptation of the light novels written by nigozyu and illustrated by Umibouzu. The first airs on July 4th.

Yen Press are working to bring an English translation to market, and the comiXology pre-order page is live but bare. It says;

I, an ordinary highschool student, Kimihiko Kimizuka, I was embroiled completely flawlessly into a plane hijacking, Where I became the assistant to the angelically beautiful detective girl I met. In three years, the great detective and her assistant unfolded a dazzling adventure dram– Before long, we were seperated by death. This takes place a year after that. The only survivor, me, and the detective’s dying wish– Their unfinished story.

Moving on from death: The Detective is Already Dead trailer 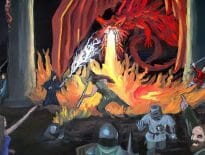 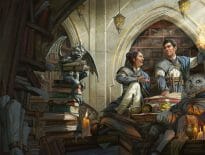