You are here: Home / Games / Tabletop & RPGs / Planebreaker opens up D&D’s Planes to even low-level characters

Monte Cook Games’ latest Kickstarter is for 5e and from Cook himself, Bruce Cordell and Sean Reynolds. Planebreaker is a way to get more out of D&D’s Planes earlier in your campaign. Even low-level heroes can get involved.

The campaign asked for $50,000 and has pushed through $250,000 in the opening week. That’s more than 2,000 backers and the quarter of a million mark smashed. You can join in from the pledge page.

The story mechanic that brings Planebreaker to life is a Destiny-like cursed moon on the run from a catastrophe, travelling through the multiverse.

The flight of the Planebreaker scrapes bits of Planes with it, creating “worldpools”, and creating a Path connecting the Planes.

There’s a free to download preview, of a few pages, available via Box. That means no file download is required as the PDF will render in your browser.

A cursed moon hurtles through the multiverse, crashing from one plane to the next, never at rest, forever fleeting a catastrophe that predates existence itself. Behold the Planebreaker.

The Planebreaker visits all planes, all demiworlds, and all dimensions. Gods and demons, angels and mortals, undead and outsiders alike – all eventually see it steak across their realm. Some worlds visited by the moon are known to sages and planar travelers. But in a multiverse stretching across epochs, the number of previously uncatalogued planes is vast. The Planebreaker races through all of them, in time.

Backers who contribute $25 will get the Planebreaker PDF and two STL files as a reward. At $55, with shipping to be added later, the print edition of Planebreaker is added.

Alternatively, for $60, the rewards are the Path of the Planebreaker, the Planebreaker Player’s Guide, Bestiary and resource deck in PDF. There are two STL packs and the original two individual STLs.

The $110 is different, offering the core Planebreaker, Player’s Guide and Bestiary in PDF and print, with shipping to be added. The bonus STL files are included, but the others previously available are no longer there.

There are higher tiers; $190, which adds in dice and the GM screen, among others, the $350 level for the limited deluxe, premium dice and tokens or the $450 for Cypher System versions of the game.

The items, except the Cypher System variants, are expected to ship in August. 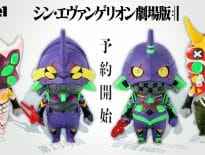 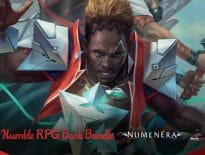