Astral Tabletop has emailed members to say that development is on hold.

The virtual tabletop is partnered with OneBookShelf and began life as PowerVTT in 2017. It provided free access during the lockdowns and has grown.

However, the email explains;

Unfortunately, even with the growth that Astral has experienced, it has not attracted an audience large enough to be a thriving business. With the landscape for VTT’s looking to become even more competitive in the near future, Astral’s founder Tom has decided to retire from Astral TableTop to pursue other ventures.

The marketplace is closing, yearly subscriptions will be removed and replaced with lower-cost monthly models, but the platform will remain live. For now, at least.

Some users will get money back, with prepaid subscriptions being added to accounts as credit towards the new and cheaper monthly model.

The fate of the virtual tabletop is now in OneBookShelf’s hands. The Astral team noted;

Should OneBookShelf need to close down the Astral TableTop service completely at some point in the future, it will provide as much notice as possible to give everyone time to close or migrate their campaigns to another platform.

OneBookShelf is the company behind DriveThruRPG and work with Wizards of the Coast on the DMs Guild and now Paizo with Pathfinder Infinite. 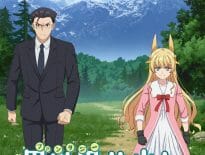 Anime With a Fogie Reincarnated as a Pretty Fantasy Girl… 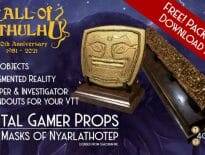