It’s tough out there in the Kickstarter arena. I liked the concept for Defenders of the New Century when it took a run at funding in 2020, but it wasn’t successful.

Years later, and after lots of revisions, it’s back, and you can join the 40+ others already on launch notification.

Furthermore, without trading your email address for a newsletter, you can download the quick start and sample sessions now. That generous document is too big to embed on the blog in the viewer, but you can go straight to it.

The war was between two kingdoms. One had controlled magic and been dominant and controlling. The other developed technology, industry and won the war.

That would make for an exciting setting, but Defenders of the New Century doesn’t stop there.

There was peace for a short time, and then gates across the small continent opened. No one returns from these gates, but a new type of person appears in the post-war land; Contractors. These are people of talent, leaders in their field, who have now developed powers.

Do they have a destiny too?

Defenders of the New Century isn’t another 5e setting, nor even a Forged in the Dark Game. It’s a new game system that uses d20 in combat and d6 outside.

While the game explores classism, elitism and discrimination, it is designed with inclusivity in mind, and you can create any character you want. 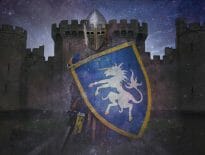 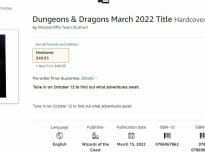