Athelen Publishing is running a Kickstarter for a new d20 RPG. Described as a dark and gritty tabletop roleplaying game, Fires of Athelen is classless, level-less, and PCs learn skills from NPCs.

The Bristol-based publisher is asking for £1,500 to make the game happen, has about a third of that in pledges already and still has more than three weeks to run. You can see the latest tally or join in from the project page.

Fires of Athelen make the bold claim of having some of the most robust and dynamic GM tools on the market. The team say they used the product’s own Game Masters Companion to build the game. That’s a supplement you can then use to develop your campaign.

Wherein, your character learns and develops in an organic fashion learning skills from npc’s or from fellow players and mastering them during their adventures. It also possesses an authentic combat system that adds a tactical and strategic aspect to the d20 RPG genre, and a unique sorcery system that hands the players the creative license to make magic happen at the tabletop like never before. This is a system where your imagination is unlocked and allowed to spill out into the world around you.

A pledge of just £1 gets you a social media shout out, which is a nice touch.

That same public thank you is there at pledges of £10, along with a 10% discount code for Athelen Publishing’s store.

Pledges of £20 upgrade that discount to 20%, and you get a set of Infernal Dice.

A pre-release copy of the core rules, the Player’s Companion and Game Master’s Companion, with the dice and a limited-edition t-shirt, unlocks at £50.

At £100, a pre-release limited-edition of the Fires of Athelen GM screen is added and a hoodie.

The pledges go up to £499 and, very rarely for RPG Kickstarters, a final release of Fires of Athelen is never included. The pre-release versions are, including a leather-bound hardback. It may well be the case that “pre-release” in this case means “early access release” or advanced release and that the content in these copies will match the final retail edition. 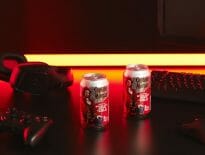 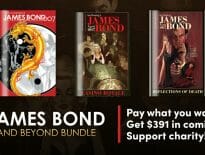