If you’re in the UK, quick on the draw and tech-savvy, then it’s possible to get yourself a free Captain Morgan’s “Original Spiced Gold & Cola”. It’s booze.

There’s a pitch and a problem with this pirate offer. I mean, I say “pirate” just because of the booze and sailor connection. Also, to line up all those Ps.

Here’s the pitch, on your Google or Alexa smart assistant, say;

Hey Google / Alexa, Ask Send Me a Sample to Tell the Captain I’m in the Lobby

The first problem is that the deal has briefly sold out.

Geek Native is told that the free drinks refresh at 5 pm and will do so until Friday, so try then.

Next, you need to have linked your “Send Me a Sample” account to your assistant and given it your address.

Geek Native recommends doing that in advance; otherwise, the free drinks will run out before you do.

Lastly, AVG and potentially other anti-virus software solutions may block the Send Me a Sample site when you confirm your email. Why? Phishing. I’m not able to offer security advice, but I understand Send Me a Sample to be a marketing platform that you willingly give your address to brands so they can send you a sample. I don’t think it’s phishing. I think it’s a false positive.

There you have it. I plan to try at 5. I’ll take the freebie if I can get it.

It’s a pitch that’s aimed at gamers. If you stream on Twitch, have a podcast or blog, then you’ve probably heard this pitch before. It’s “use your voice, so you don’t need to pause your gaming”.

It’s not as if a nice cold drink turns up shortly afterwards. It’s a pitch we’ve all heard dozens of times.

Rather than knock the offer, though, let’s acknowledge that we hear this pitch all the time because it’s a commonly held view of gamers and because that’s where the attraction of voice commands is. I think there’s some truth in it. I like voice commands for the same reason I like audiobooks; I can multitask with them.

Hey Astro, fetch me a drink

While you can use Alexa to get a Captain Morgan’s sent to you (within about a month, according to the T&Cs), we might be able to use Astro-descendant later.

Announced by Amazon yesterday, Astro is a household robot. It’s early days yet, but the idea of many homes having housebots within 5 to 10 years looks plausible.

Amazon’s Astro is exclusive and expensive right now, but if anyone can make it work, then Amazon it is. Apple and perhaps Google could, too, although Google is awfully prone to quitting.

Of course, Astro doesn’t have hands and would be a poor choice of tray. It won’t be this first version that fetches us a drink fit for a pirate, but the days of robots fetching us boozy cola without games being interrupted might well be coming. 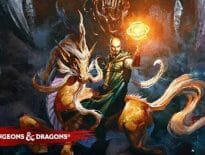 Tabletop & RPGs New D&D: A possible timeline of the 50th-anni… 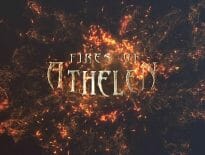