Critical Role: Tales of Exandria – The Bright Queen #1 TFAW Exclusive David Mack Variant is available at Things From Another World until Monday at 5 PM Pacific Time.

Working with Dark Horse, the publisher, Critical Role, will have a David Mack exclusive for every issue in the Tales of Exandria series #1 through to #4.

In the past, Critical Role exclusive variant covers have sold out. It’s not surprising to see that TFAW is offering a bundle pre-order for the whole set.

Issue one is due out on October 20th, with issue two then due out on November 24th. The series follows characters outside of The Mighty Nein and Vox Machina to other locations in the setting of Exandria.

Written by Little Bird’s Darcy Van Poelgeest, with Matthew Mercer as the creative consultant, the series is illustrated by CoupleofKooks, and the standard covers are by Helen Mask. CoupleofKooks previously did the covers for Vox Machine Origins titles and some art for Explorer’s Guide to Wildemount. 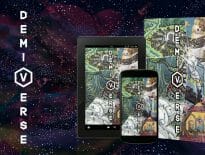 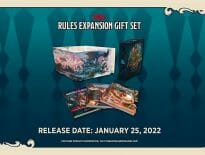