You are here: Home / Geek Stuff / Asmodee asks for €2bn: Star Wars, Legend of the Five Rings, Carcassone and Catan publisher up for sale

Asmodee is a huge tabletop games holding company that owns studios such as Fantasy Flight, Edge, the new Atomic Mass Games and its newly purchased Board Game Arena.

The France-based group publishes various Star Wars games such as the roleplaying game and X-Wing, via Edge it publishes the Legend of the Five Rings RPG and a host of hugely popular games with Fantasy Flight Games. Atomic Mass Games was created in recent years for minis and Marvel deals.

Asmodee is owned by the private equity group PAI Partners and, typically, private equity buy and sell companies. Board Game Quest reports that PAI is now looking to sell.

Stephen M. Buonocore, who used the be the publisher at Stronghold Games, believes the banking giant Goldman Sachs has been hired to complete the deal.

Asmodee has been sold before. PAI bought the conglomerate three years ago for €1.2bn from Euazeo. Euzeo paid €145m for the group in 2014. It has grown considerably since then.

The lockdown has driven board game popularity to new heights, while logistical challenges have made it especially challenging for the market.

Asmodee asks for €2bn: Star Wars, Legend of the Five Rings, Carcassone and Catan publisher up for sale 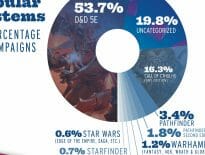 Sites Call of Cthulhu grows again as Roll20 re-designs i… 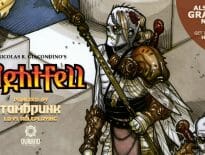