Violet Evergarden is a remarkable anime series about child soldiers recovering from trauma, about finding yourself through empathy for others, and there’s a splash or two of action in there too.

The trailer for the movie keeps the focus firmly on the emotion.

The war cost Violet her arms, and she writes with agile replacement limbs now in her role as a “Doll”. In many ways, for some people, she’s an extension of the typewriter. A person? Not for some, just a tool for hire.

Real-life tragedy haunts the movie too. Kyoto Animation, the studio that made the film, was hit in a horrendous arson attack just before its release to film festivals. It was a horrible loss of life, but the studio persisted.

In the end, with lockdowns and all sorts of curveballs thrown, the release of the much-awaited finale did suffer delays. Fans will be pleased to finally see it.

The movie is slated to premiere on Netflix on October the 13th. 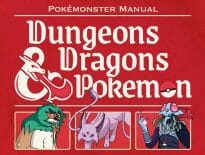