You are here: Home / Geek Stuff / QUEERZ! RPG based on the manga and powered by City of Mist launches Kickstarter

We’ve had the free download sample of the inclusive super sentai RPG Queerz.

In the game, characters are superheroes who juggle everyday lives and fight to save the world from a dark substance known as Ignorance. The campaign funded quickly, smashing through the $20k target, and you can see the latest figures or jump in from the pitch page.

QUEERZ! is LGBTQ-themed, which means characters sexualities aren’t hidden, but part of their overt selves. We’re told that, like the manga, the RPG combines action with exuberant campiness. It’s about radical acceptance and turning villains into allies.

In QUEERZ!, you will take on the role of someone blessed with magical powers. Specifically, you are “Queerz”, and your powers come from the Rainbow Empathy — a magical force that empowers and embodies ideals of humanity, compassion, joy, and wisdom, offering those who can wield it unimaginable power that sparks from their love. Queerz are tethered to it by their Runway, a unique and personal pursuit that they are passionate about and through which they can inspire others.

The Kickstarter campaign for QUEERZ also uses charities copies. The better the project does, the more LGBTQ+ charities get actual money donations and copies of the game.

A pledge of $15 unlocks the thank you of the Player’s Guide in PDF, with PC Guide and starter adventure too, with five character folios and all the basic box digital stretch goals.

Upgrading to $35 means the Player’s, MC guide with starter adventure and character folios become physical. You get 2 QUEERZ! dice as well. That’s excellent value for money, even with shipping et al to be added later.

Improving to $50 reverts to PDF only but adds in volume one of the graphic novel, character creation guide, an anthology of adventures and 30 action cards with stretch goals.

The actual physical core box is $75, which means we’re back to print books and dice with the character generation guide and graphic novel too.

There are higher tiers, with more dice, a plushie companion, enamel pins and other goodies.

Irrespective of your tier, your rewards are slated for a September 2022 delivery should you back the game.

QUEERZ! RPG based on the manga and powered by City of Mist launches Kickstarter 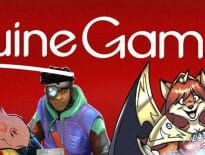 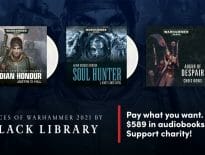