ZineQuest is a season, a time, on the crowdfunding platform Kickstarter, during which RPG creators are encouraged to launch small magazines or zines.

SideQuest, which is entirely independent, has been set up to complement it and provide an additional platform. It’s a project from the Zine Creators Workshop.

ZineQuest has become a great success. Backers know to look for it, Kickstarter promotes participants as best it can. It gets hectic. Geek Native tracked 153 launches during one week in the last event, which is significantly higher than the 10 week rolling average of 30 launches tracked last week.

Running from the 1st of November to the 30th, SideQuest isn’t limited to any one platform. It will use the SiteQuest.info site to promote participants.

Initial projects on SideQuest include

I was excited for ZineQuest but didn’t see any community form between participants. I created a Discord server to help people network and lift each other up. We don’t need corporations. We work together to show what indie resources can do.”

ZineQuest is, in some ways, weighed down by its own success. Some creators hold off launching projects until the month, which results in everything coming at once. It can be challenging for creators to get noticed and backers to afford everything during the bottleneck.

Lichcraft, a successful zine RPG, is one such example. Laurie O’Connel (he/him) is part of SideQuest and the Zine Creators Workshop. Laurie added;

For me, the exciting thing is the opportunity to do projects that come from your heart, but aren’t as ‘mainstream’. When I put Lichcraft together, I thought that it would get very little attention. It turns out, if you love a game, there’s a solid chance other people will love it too. My SideQuest project, Stolen Crown, has also been in the back of my mind for far too long. This is a chance to finally make it happen.”

While SideQuest has a site, it’ll use the #SideQuest hashtag, starting with #SideQuest2021 to help surface projects and connect creators.

Tanya Floaker (they/them), who took part in the most recent ZineQuest, explained why they would also be taking part in SideQuest.

I’ll be helping other designers. In turn, they will be helping me. Being part of a collective endeavour is why I’m involved.”

SideQuest represents everything I love about the indie RPG scene: an opportunity for a wide variety of designers to show off their amazing work, and the community lifting one another up together.” 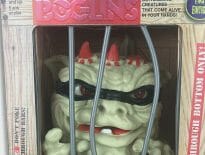 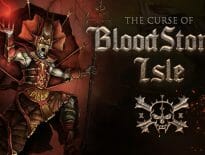 Tabletop & RPGs The Curse of BloodStone Isle: The vile D&D 5e…
wpDiscuzComment Author Info
Manage Cookie Consent
This site uses cookies 🍪, and links are ads that may earn bloggers some money 💰, and with this alert, I very much hope that these dark truths 🧌 are acknowledged.
Manage options Manage services Manage vendors Read more about these purposes
Preferences
{title} {title} {title}
Loading Comments...