You are here: Home / Games / Tabletop & RPGs / The Curse of BloodStone Isle: The vile D&D 5e setting from the creator of Vampire: The Masquerade

Mark Rein•Hagen created the World of Darkness and Vampire: The Masquerade; now, for the first time, he’s bringing his world-building to 5e via Kickstarter with a grim pirate setting, BloodStone Isle.

On the grim surface, the island is a pirate haven or former haven as the three pirate captains who once worked together now war for control. How, though, is the real ruler? The Curse of BloodStone Isle wants $20,000 to fund and you can see progress on Kickstarter.

There are two books in this campaign. One is for you, the DM, the other is for the players, written in character.

That Player’s Gazetteer has maps, timelines, notes on regions, factions and NPCs. There’s in-game songs, riddles, letters from the Baroness and The Spinister’s Tale. I guess backers and players will find out what those last two actually mean.

In the Game Master Cyclopedia there’s adventures and story ideas, new mechanics, creatures and even encounter tables. There’s the GM view on NPCs, factions, answers to those riddles and storytelling secrets.

A third, optional book, the BloodStone Covenant, adds further support for GMs with more adventures, storytelling tips, more optional rules and a look at the greater world of Lostlorn.

There are vampires and other fantasy horrors on BloodStone Isle. The setting blends together those elements Rein•Hagen is known for with D&D. BloodStone Isle is just one part of Lostlorn. It’s the starting point for more with a company called Lostlorn Games surfacing with the implications of future books.

In the dark fantasy of Lostlorn, you play the monster.

The world and setting of Lostlorn takes a pervasively gritty, bleak, pessimistic, and nihilistic view of life, while still having transcendent moments in which the human spirit breaks through. It encourages storytelling where nobody is fully honorable and “might is right”, and which turns its back on hazy uplifting visions of idealized glory and justice, and chooses to instead focus on how nasty, brutish, and short life really is.

It conveys the sense that life is a cynical, disillusioned, and violent circus… yet still has moments of glorious spectacle despite all the blood. Those bright moments of hope further heighten the pervasive darkness that underscores a vile-dark story.

A pledge of $25 gets you all three books and a hi-res map as a digital edition. Make that $45, and the Players Gazetter becomes a hardcover, something you can hand out, and the other books remain digital.

At $90, the pledge gives the two core books in hardback while including the previous PDF copies.

A special-edition set of linen hardcovers unlocks at $150, and further pledges go up to $900.

The estimated delivery on the project is sooner than I would have expected; December 2021.

The Curse of BloodStone Isle: The vile D&D 5e setting from the creator of Vampire: The Masquerade 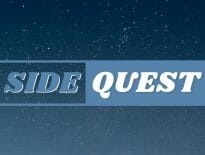 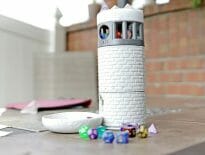