The first Megaton Musashi had me say Horrible death from the sky never looked so good. While the second anime still looks good, it has a different feel completely.

What strikes me here is how the mecha design and the character design are so similar. Almost square characters, emotive eyes and energy that’s paired with lots of action and team-building.

This trailer, which previews the transmedia project’s theme song, looks to be all about fighting the good fight.

Level 5 are making the show, and Akihiro Hino, the founder and president, is credited as the anime’s chief director, creator and script supervisor. That’s some level of control.

Despite the vibe of this trailer, Megaton Musashi is still believed to be set in a future where only 10% of humanity is left after the invasion. Survivors are still in monitored shelters, with the aliens controlling their memories of what really happened. That’s much less rah-rah, isn’t it?

In this transmedia project, each version will come from a different point of view from one of the characters. Combine that with memory modification, and it might lend itself to an exciting experience. 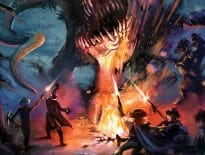 Online Shows How Ain’t Slayed Nobody used the Malleus Mon… 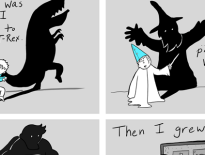