In the UK, Netflix has Phantom Blood/Battle Tendency and Stardust Crusaders as arcs of JoJo’s Bizarre Adventures.

The arcs that follow are Diamond is Unbreakable and Vento Aureo/Golden Wind. Then there’s Stone Ocean. It looks very much like Netflix is going to jump straight to that.

Here’s how Netflix describes this chapter;

Florida, U.S.A, 2011 After an accident while on a drive with her sweetheart, Jolyne Cujoh falls into a trap and is sentenced to fifteen years. She is sent to the state-run maximum-security correctional facility Green Dolphin Street Prison—AKA “the Aquarium.” On the verge of despair, she receives a pendant from her father that causes a mysterious power to awaken inside of her. “There are things in this world that are more terrifying than death, and what’s happening in this prison is definitely one of them.” A message from a mysterious boy who appears before Jolyne, inexplicable events that occur one after another, the horrifying truth told to her by her father when he comes to visit, and the name DIO… Will Jolyne ultimately be set free from this stone ocean they call a prison? The final battle to end century-long fateful confrontations between the Joestar family and DIO begins!

The rights to the manga/comic seem to be all over the place too. Yeah, it’s on comiXology, but I can only see Golden Wind and nothing before part 5.

However, despite all the confusion (perhaps I’m the only one), the hype train runs for Stone Ocean. YouTube is currently ranking the trailer in the top 35 watched videos of the day. It’s the meme lure of JoJo in action again. 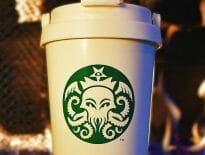 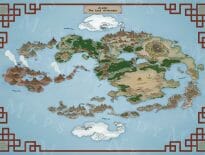