You are here: Home / TV / Online Shows / How Ain’t Slayed Nobody used the Malleus Monstrorum

The Malleus Monstrorum is an impressively large collection of mythos lore from Call of Cthulhu’s Chaosium. Impressive means mind and wallet warping, but podcast Ain’t Slayed Nobody found it indispensable.

Cuppycup, the show’s Keeper, told me;

Malleus Monstrorum may be the most indispensible RPG resource on my shelf. I love the Keeper’s Handbook and Down Darker Trails, but eventually you learn the rules and setting. There are always new monsters to introduce when you’re raising the stakes.

The show’s debut season has just wrapped, finishing a 21-episode inaugural campaign set in the Wild West and the cosmic horror of Call of Cthulhu. Thousands of listeners tuned in.

The story starts off as Deputy Sheriff Ellie Bishop searches for revenge on Colin Brock, who murdered her father. She’ll meet Johnny, a mysterious drifter, Jeremiah, the old miner, the ex-outlaw seeking redemption, Lance, and the fallen Father Flint.

Those knowledgeable in the dark arts of CoC will recognise the set-up for a Down Darker Trails scenario and would be right. But, the mythos lore book and monster collection had behind the scenes power.

Everyone knows we use the Keepers Handbook and Down Darker Trails sourcebook, but I think people would be surprised by how influential Malleus Monstrorum was on the season and on decisions that were made about which monsters to feature.”

One example of the Malleus Monstrorum‘s influence was The Dark Young. John Sumrow’s artwork, below, shows the horror.

As a podcast, we don’t have the luxury of sharing illustrations or movies of the monsters in our show. We have to rely on vivid descriptions, and the Malleus Monstrorum is the first place I go to get that ball rolling.”

If you’re not too worried about spoilers, then the full list of monsters taken from Volume 1 “Monsters of the Mythos” is here (with page number):

How Ain’t Slayed Nobody used the Malleus Monstrorum 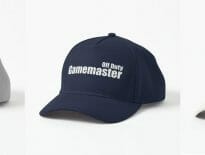 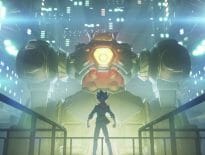