You are here: Home / Games / Tabletop & RPGs / A sneak peek inside the Tome of Peculiar Discoveries

There’s a sneak peek, a preview of 6 pages, of the Tome of Peculiar Discoveries, and Geek Native has permission to share it.

The Tome is coming. It’s part of the successfully funded and still live Kickstarter campaign Peculiar Discoveries: Magic Items and Companions For 5E which has raised more than C$60,000 in just a few days. You can join in the action, or just check out the offer, from the pitch page.

The project wants to add colour to your 5e with more mystery that might be cut from a fairy tale. There are some 300+ creative magic items and cute companions in the book.

Also in the game is a host of physical goodies such as dice bags that look like they might steal your dice rather than protect them if giving half a chance.

The adorable companions are no doubt a lure. The Kickstarter says they’re a huge part of the project, and there are two decks for them. One deck is for classic companions, but the other is for awakened items.

Each small companion has minor powers and offers benefits to the party, adding a touch of fantasy and poetry to your stories. They can follow players during their adventures, become colorful NPCs, and much more. Each comes with their own unique quest and will give a bonus to players, but only if they help their new little friend.

The idea is that these cuties can soften the mood, when appropriate, and add some flourish to your 5e game.

There’s plenty of reward tiers for the game. Let’s look at a meaningful sample.

At CA$23 (about £14), backers unlock the PDF of the book. That means all the magic items and companions.

The book becomes a hardback with a pledge of CA$57, but shipping is to be worked out later. The book will go worldwide, though.

Part of the pitch is to get all this fantastic art available as cards, which can be handed out. At a pledge of CA$107, backers will get both book formats and 4 packs of cards, of their choice, as a reward. All the card decks are unlocked at CA$162.

A premium edition of the book is also available, not as a pledge, but as a $20 upgrade in the add-ons. The add-ons also include the derpy dice bag, standees and dice.

There are other pledge tiers, and they’re all slated for delivery in February 2022.

A sneak peek inside the Tome of Peculiar Discoveries 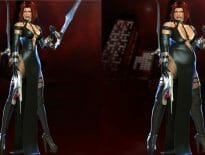 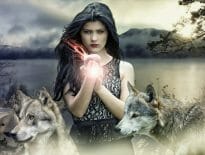