You are here: Home / Games / Tabletop & RPGs / Feel the darkness: Red Dawn – Into the Dawnlands battles towards funding on Kickstarter

Since bookmarking the 5e campaign setting Red Dawn: Into the Dawnlands as a Kickstarter to write up, I see it’s gone political and that changes have been made.

So, let’s take a look. Red Dawn positions itself as the spiritual successor to Dark Sun. So, that’s dark D&D.

Burning Star Games made the error of succumbing to bioessentialism and write in concepts like “slave races” in their search for edgy darkness. Terms like that have now been removed, but the races remain, and you would never know. The setting still feels as dark, as brutal and dangerous. You can take a look for yourself at the pitch page.

It’s a setting where the moon seems to have caught on fire, and thus the world never recovers at night. There’s no night; it’s hot and deadly all the time.

Magic now drains life from the land, and the gods are gone. Psionics replaces divine spellcasting in the damaged ecosystem.

In Red Dawn you will find a world full of disturbing sights from mutated creatures, impoverished slaves, powerful monarchs and ruthless barons. If you’re a Game Master, this book will help you create your own campaign set in a world where existence is a struggle.

As the quote above shows, the word “slaves” is still in the setting. It’s a horrible setting, by design, and therefore not suited for players who don’t want to deal with that as a hobby.

Notably, the idea that some people are born to be slaves because that’s what their biology intends for them is gone. At least it’s been removed from the project, and my hunch is that Burning Star Games will try and walk the balance between Dark Sun’s fantasy grim and the importance of learning from the mistakes of our actual past.

A pledge of CA$25 will get you the PDF of the 5e setting, that’s about £15 with the current exchange rates.

The hardcover unlocks, with international shipping added later, at CA$50. If you want both, find CA$60.

At CA$95, the rewards have grown to include maps of the Red Dawn and Eight City Maps. At CA$110, five more battle maps are added.

The highest tier has a lot of interest, and I’m sure Burning Star has mixed thoughts on that.

Some of those backers are protesting against people trying to make the world a better place. I’m not backing, I don’t need another 5e setting, but I believe Burning Star Games have been burned. I think they made an error rather than a malicious call and are trying to fix it. I hope to hold Red Dawn up as an example of doing a dark game and doing it with sensitivity.

The estimated delivery for the setting is June next year.

Feel the darkness: Red Dawn – Into the Dawnlands battles towards funding on Kickstarter 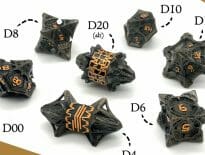 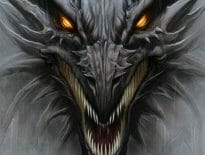