You are here: Home / Games / Tabletop & RPGs / Justice for a classic: A review of Dark Sun for D&D 4e 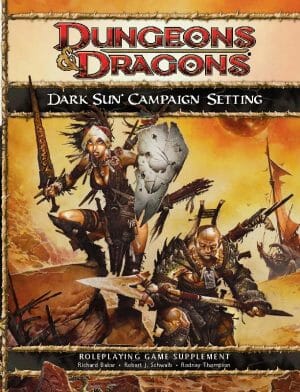 I’ve heard a lot about Dark Sun. For years I’d been told that it was great and yet no one ever wanted to play it. I had missed the boat. By the time I was playing D&D (having started on other RPGs) Dark Sun was old news. How old? Dark Sun came out for D&D 2e back in 1991, that’s only two years after AD&D we was published, a year after Ravenloft and 3 years before Planescape.

Wizards of the Coast make the strategic choice not to explore Dark Sun again for 3e, concentrating on more traditional fantasy and so we had to wait until 4e before the setting had any chance to make a return.

The Dark Sun for 4e is very similar to the original but not the same. The two Dungeons & Dragons issues are very different creatures, after all. Also, this may put me in a minority, but I prefer D&D 4e. How else is Dark Sun different in 4e? It is set earlier on in the timeline – Tyr is still a free city. By the time the e4 Dark Sun collection had finished Wizards of the Coast had published five books for the world including the Dark Sun Campaign Setting, Bloodsand Arena and Dark Sun: Fury of the Wasteland.

So, let’s take a look. Does the setting live up to reputation?

First up; the Dark Sun Campaign Setting is a gorgeous book. The art is striking and lends itself very well to the strange desert world. This is a campaign setting where the gods are dead, civilization is scarce and largely ruled by sorcerer-kings.

Arcane magic is very dangerous – using it in Dark Sun means using the power that transformed the word Athas from a green planet to that brown one. Magic corrupts the land, plants dry and won’t grow back. There are therefore two types of arcane users – those who don’t care and rip the last of the life from the world and those who try to be more careful. There are no divine magic users. There are no gods, after all.

The art does a fantastic job of presenting the sort of brutal creatures and races that would survive in such a world. In the absence of magic there’s psionics and once again those powers are reflected in the art.

Dark Sun is more than just appropriate art and a great backdrop. This is a campaign setting that really understands the strengths of D&D 4e. While the world is brutal and civilisation is scarce each and every survivor has the potential to be a hero. Your character is very unlikely to be a 5th wheel in this setting. The adaptation of the rules takes the “always-something-to-do” aspect of D&D 4e and puts it to work in a setting that demands it. 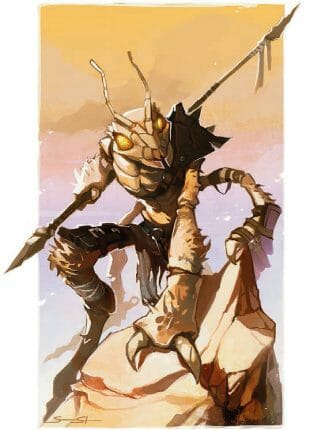 One of the biggest additions is the introduction of Themes. It’s easiest to think of a character theme as “career” or archetype. Themes do not offer characters extra powers and abilities they offer characters alternative powers and abilities. Themes work because they help give PCs a focus and help bring Dark Sun and Athas flavours to your game. It means your characters are not fish out of water (not if you don’t want them to be). This helps hugely to build the atmosphere. There are rules for changing themes too.

Speaking of character options we have rules for both types of arcane magic. By that I mean the defiling and preserving options open to spellslingers in this world. As noted; Dark Sun ramps up the psionic energy as a response to drop in divine magic. It’s also in the Character Options section you’ll find rules for Wild Talents – also known as psionics. GMs have the discretion to let Dark Sun generated characters pick one wild talent.

In the same section there are rules for some of the most iconic powers and character types of the setting. There’s the Wild Battlemind, the Arena Fighter, Animist Shaman, the Warlock Sorcerer-King Pack and Epic Destiners like Avangion, Dragon King, Hordemaster, Mindlord of the Order or Pyreen.

The first time I read this campaign setting my favourite section was the opening. I marvelled in how bravely different Dark Sun was and how well it was introduced. I’ve read it a few times now for this review and so that opening section has lost some of its impact. My favourite chapter now is the Atlas of Athas, another healthy collection of pages, which describes the world in better detail. After all; just throwing PCs into a desert would doom the game. There has to be something interact with and the Atlas works because it offers up an immediate layer of ideas that suggest themselves strongly as well as a deeper layer which GMs can mine for interesting twists and encounters.

The only twist with the geography of Athas that takes some thought is how it fits in with the wider cosmos. There are other planes and parts of the desert world. In essence, this gives me a strong 2e vibe – but I suppose that’s the point. This planar geography is there both in homage to the first Dark Sun and to provide GMs wanting to revisit that style of Dungeons & Dragons. Me? Happy to take it or leave it.

Lastly – but certainly not a token gesture – is a section on actually running a Dark Sun game. As much as I was taken to the setting as it unfolded I admit I worried about how hard it would be to run a game. I still haven’t GM’d the setting and with D&D 5e around the corner I may never experience Dark Sun 4e but if I had to – I could. Chapter 6 gives me the confidence I need. There’s Adventure Creation, important points of Trade and Survival, there’s tips and help for Encounter Building as well as Treasure and Rewards. Lastly, there’s the Sand Raiders short adventure for 1st level characters. I rarely use pre-written adventures (what’s the point) but did find this a useful reference.

I think the team of Richard Baker, Robert J. Schwalb and Rodney Thompson have done a cracking job. Dark Sun seems like both a horrible place to live and therefore a wonderful place to set a game in.

I know D&D 5e is knocking on the door. If you think you’ll use 4e for any more time it is worth checking out Dark Sun. 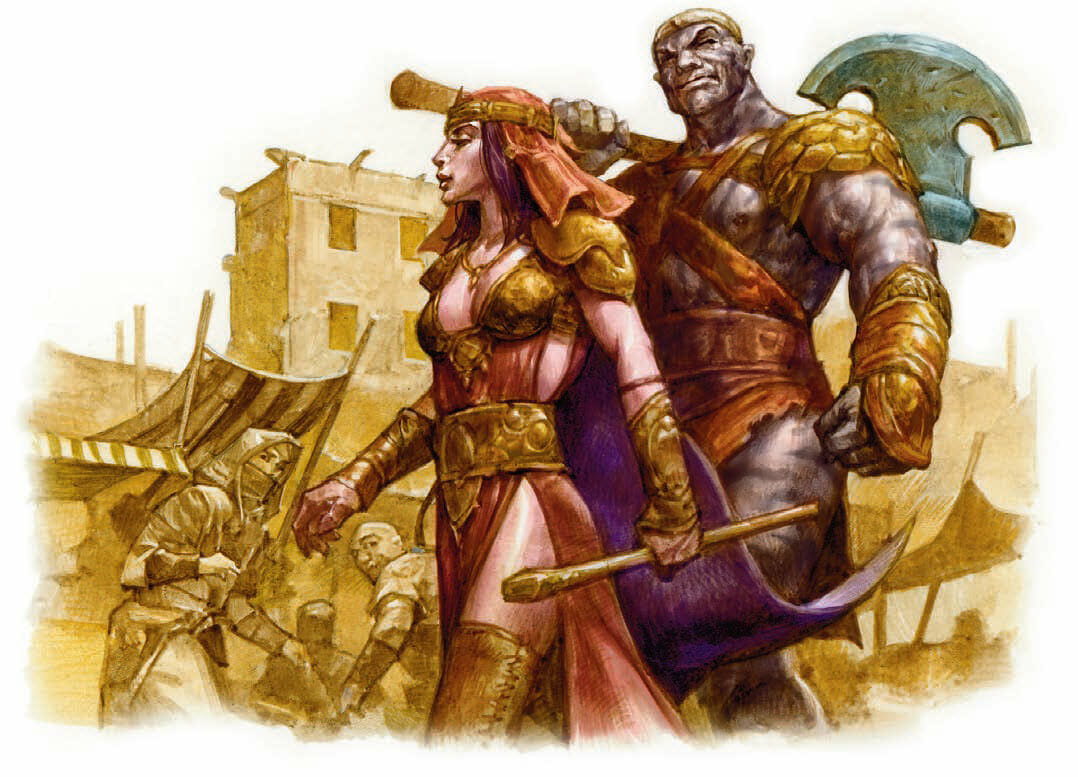 This is not a playtest review. My copy of Dark Sun Campaign Setting 4e was provided for review.

I felt like the 4E version was Dark Sun with kid gloves. Not that it didn’t have good ideas it did. It just did not have the same feeling.

dennisonbrillo Wow. That makes me even more tempted to cough up for a PDF copy of 2e – just to compare. Do you think the difference was in the setting or the system?

dennisonbrillo The whole 4th Edition was D&D for ADHD kids

KirikoKiama dennisonbrillo It’ll be interesting to see if D&D 5 brings in any more complexity to get away from that slimline feeling 4e has.

Justice for a classic: A review of Dark Sun for D&D 4e

Music All In Together: Time travelling, steampunk, Briti…