You can buy Arcadia from the MCDM store and if you’re one of nearly 5,000 Patreons then you already have. MCDM Patreons support with either $5 or $10 a month (plus VAT) and Arcadia #1 is a gift for both tiers.

At least, that’s the plan. The first three Arcadia magazines are promised, and after that, there will be a pause.

In the Letter from the Editor, the respected James Introcaso explains the plan;

After issue 3 comes out, we’re going to take a break and adjust our strategy to make sure we’re delivering on the promise of “super actionable and really freaking dope.”

Previously, Colville had been blunter, explaining that the magazine was expensive as they pay writers well, so after three issues they would see if it had attracted more Patreons.

I’m not sure that’s still the plan, given you can buy the download separately, but it does indicate the level of quality and prestige and quality that James Introcaso and team are aiming for.

Issue one, which I’ve had an advance look at, lives up to expectations. It’s a great read and, crucially, I think it’s a useful magazine for DMs and D&D players to have.

Arcadia volume 1 is 40-pages long and has four sections, in addition to the Editor’s introduction.

The Workshop Watches is a D&D adventure for four or five 5th-level characters. Of course, there’s a twist to Leon Barillaro’s dungeon which I won’t get into here in the interest of avoiding spoilers. Suffice to say if you like to give your players something to think about and concerns to take from this adventure and to the next, then The Workshop Watches is what the DM doctor ordered.

The provided cartography comes with grid lines and annotations and without, there’s a lovely hero illustration for the setting, and a key encounter is also illustrated. Neither pictures nor maps are cheap.

Gabe Hicks’ Titan Heart is a Sorcerer subclass. Okay, it’s not canon, but I cannot imagine a better way to ensure a subclass is balanced than getting a talent like Hicks to design it and then have it pass the MCDM playtesting process.

Over half the credits in the magazine, including the general MCDM rollcall, are of playtesters.

Titans are the children and creations of deities so imagine what might happen if their blood mixes with a humanoid? Do you want sorcerers? Because that’s how you’ll get sorcerers.

Willy Abeel’s look at exciting mounts and the accompanying art had been grinning ear from ear. What a perfect way to make your players say, “Aaah crap,” as the scene unfolds in front of them and the knights mounted on basilisks line up in front of them.

In fairness, my very next few thoughts were of some character ideas even though I usually loathe the risk of losing mounts outside dungeon doors.

The section includes rules suggestions to help DMs out and get the most from this fresh set of ideas.

At the end of the magazine, there are some contenders for an epic struggle. We’ve challenge 23 and 24 beings with legendary actions from Sadie Lowry that could fill the role of many an arch-nemesis.

There’s a growing trickle of D&D and tabletop RPG magazines that are trying to get themselves established. Arcadia is right among the top tier of that contender list.

The prize here is a subscription model for the publisher; regular and recurring income. Netflix has re-educated a generation back in favour of paying a monthly fee to access content.

However, in an internet filled with high quality and often free content, any subscription offering has to be exceptional. Introcaso and Colville understood that from the start.

If you need more D&D in your life, more D&D chat, then I %100 see the attraction of being part of the MCDM Patreon community, chatting on their Discord, getting the latest copy of Arcadia at the same time as everyone else and being in on the latest buzz.

I think Arcadia has the chops to do that. I think the world is ready, or nearly ready, for a D&D subscription model. I also believe it could be a D&D zine that reigns supreme.

We’re promised three volumes of Arcadia and, frankly, even if these 40-pages weren’t as good as they are then it would almost be worth banking them just to ensure you had them in your collection.

We don’t know what, or if, issue #4 will look like, but if the next two are as good as issue #1 and then issue #4 is an improvement then it’s almost impossible to imagine the magazine disappointing fans.

My copy of Arcadia #1 was provided for free, in its final form and a day ahead of general release. 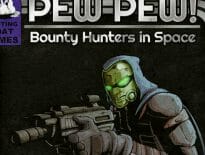