You are here: Home / Geek Stuff / Which detective would you most like to team up with?

Earlier this year, Geek Native had a copy of Adler volume one to giveaway.

That mysteriously charming character from Sherlock Holmes, Adler, has her own comic book series from Titan Comics.

Readers had to answer “Which detective would you most like to team up with?” to enter the competition, but it wasn’t an unlimited choice.

Let’s do that now. If you had to team up with a detective, who would it be and why? Let us know in the comments below. It isn’t a competition; there’s no prize, except the karma of thumbs up from others when you have a good idea.

You might want to consider the situation that teaming up with the detective might mean. Miss Marple, for example, might introduce you to fruit cake and tea. Team up with L from Death Note, and that’s far less likely! Or, you might consider which detective you might get the best results with or enjoy the company of.

Readers picked seven detectives in the Alder poll, and Irene Alder herself managing to outrank some of the others on that shortlist.

Sherlock Holmes tops the list, and I don’t think that’s a surprise. Yes, this was a Holmes-themed competition, so I guess results would skew that way, but Alder would potentially eat into that tally.

Despite having a TV series, perhaps Sara Paretsky’s V.I. Warshawski wasn’t quite famous enough to go toe to toe with the likes of Poirot.

Who do you think a good detective would be to team up with? Let us know your thoughts and logic in the comments below!

Which detective would you most like to team up with? 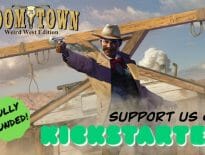 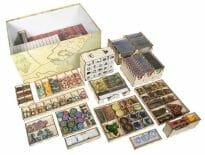