You are here: Home / Games / Tabletop & RPGs / Goblin Slayer: Controversial anime to get a tabletop RPG

Goblin Slayer is a controversial anime that begins with scenes of sexual violence, murder and violence.

The sole survivor of the adventuring party that underestimates the sly intelligence of goblins ends up working with the titular Goblin Slayer. Together, we follow the two and then a growing party in a series of quests in which the green menace is taken seriously only by them.

Yen Press, a comic book publisher that frequently brings manga and light novels from Japan to the West, publishing translated versions, has today announced it will publish a tabletop RPG for Goblin Slayer.

The image shown by Yen Press matches the Japanese RPG published in 2019.

In a setting that seems to translate as a “four-sided world”, the RPG offers up many more monsters than just goblins and uses both races for PCs as well as occupations such as sorcerers, monks and farmers. Races include half-beasts such as insects and rabbits, but also vampires and day walkers.

A translation from the Goblin Slayer TRPG page;

Save the sacrificed girl from the human-headed lion that threatens the tribes of the hills, stop the rituals of the evil spirits nesting in the ruins, and step into the ossuary where skeletons and ghosts are infested to find the lost treasure! The four-sided world is full of wonders and dangers! Save the world from the forces of chaos while challenging the numerous requests made by the Adventurer’s Guild. This work is a TRPG set in the world of “Goblin Slayer”, and faithfully reproduces the races and occupations that appear in the original. From the classic mission of a fledgling adventurer, to exterminate a mouse in the sewer, to dragon slayer and the legendary treasure, you can take on any adventure. Of course, goblin extermination!

The game engine needs 2d6, which are called Fate dice, and recommends 4 to 5 players, including the GM.

The Japanese Goblin Slayer TRPG is available on Amazon, as is a collectors edition.

Goblin Slayer: Controversial anime to get a tabletop RPG 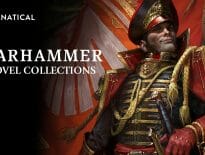 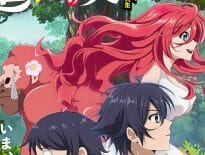