You are here: Home / Games / Tabletop & RPGs / Warhammer World Building: The Empire of the Old World

Each RPG features player characters exploring a world of magic and monsters that is threatened by the forces of Chaos. This month kicks off a two-part exploration of the Empire of the Old World for WFRP.

First up is a look at the larger Empire using Archives of the Empire Volume I (PDF only) and possible campaign settings, and next month is a comprehensive look at Middenheim: City of the White Wolf (PDF only). My thanks to Cubicle 7 for providing physical copies of these books to help in my continuing exploration of everything Warhammer RPG related.

Archives presents a plethora of details on the Empire and the dwarfs, elves, and halflings that live inside its borders. The book is crammed with information, so I will discuss options that work with other Warhammer setting books about the Reikland and then discuss three ideas that would support an entire campaign each.

Reikland has been well covered for Warhammer: Ubersreik Adventures, Ubersreik Adventures 2, and Warhammer FRPG Starter Set to name a few. Archives expands the already impressive amount of lore and rules with details on the dwarfs of the Gray Mountains and the Empire, the elves (Eonir) of Laurelorn, and the halflings of the Moot. All three of those species live within or along the border of Reikland. Also, St Ulrika’s Abbey gets a small descriptive paragraph as a significant place in Reikland.

Middenheim lies within the Empire and has a book of its own that I will cover in-depth next month: Middenheim: City of the White Wolf (PDF only). If you don’t want to run a campaign set only in Middenheim, the city also controls the nearby Barony of Nordland and interacts with the elves of Laurelorn.

Schlaghügel is a village under the rule of Middenheim that lies within the boundaries of Laurelorn. The elves seemingly tolerated this encroachment, even trading with the villagers. The entire village, people and animals, all vanished in one night, leaving behind only two words carved into trees: fog and mercy.

An entire campaign could revolve around Reiklanders and elves of Laurelorn working together to find out what happened to the village. The Ghost Strider (page 88) is an elf protector who would fit in well with this campaign. The elves have new weapons, including the Eonir war blade and blackbriar javelin. The war blade has the damaging and fast qualities. The javelin, if planted in fertile earth each night, inflicts 1 poisoned condition who takes a wound from the attack. The javelin perfectly fits as a weapon of wood elves.

The Ward of Frost (page 85) would be an ideal location to set this campaign. Goblins plague the Silver Hills, and a sizable dwarf community can be found in Skogholm. The description of Schlaghügel on this page does not have the village abandoned yet. The campaign could kick off there, and eventually, while the PCs are elsewhere adventuring, all the people and animals disappear. This could be especially devastating and adventure driving if any human PCs lose family from the village.

Schlaghügel is on the border of the Ward of the Sun (pages 80-81), so any of the adventure hooks in that Ward could also be used. PCs might adventure on quests on behalf of the Tree Kin or Queen Marrisith and her divinations.

The halflings have the greatest new career I have ever seen for Warhammer. A Mootland halfling’s player must first convince the GM that badger riders are real. And then they must replicate the badger’s terrifying war cry for the GM and fellow players before taking the career. Not sure how a career could be made more awesome than that. For PCs not as inclined to let loose a war cry, the fieldwarden is another fine career choice. Halfling of the Thorncobble clan can even be nobles (page 31). Halflings also have access to the new weapons Nan’s cleaver and the iron skillet (which has the defensive quality).

Sylvania, land of vampires, lies east of the Mootland. Halfling field wardens and badger riders could fight an ongoing battle with the living dead. The adventure hooks on page 46 would enhance this campaign. Glissandra is an aspiring necromancer. And a village in Sylvania is asking for aid against a vampire. Rather than send in several fieldwardens, it makes more sense to send in a band of sell swords (even if a fieldwarden or badger rider counts in their ranks). More adventures opposing undead and dark wizards would follow.

Sudenland lacks a Runefang blade or an Elector Count (Eldred, the last Count, was killed by Gorbad Ironclaw during his WAAAGH! and the blade, Grudge Settler taken). The reigning Baroness needs the dwarf blade returned to solidify her own position.

An entire campaign could revolve around enterprising individuals scouring the Grey Mountains for a suitable dwarf blade. Will the blade be the Grudge Settler specifically? Who would question it if it is indeed a dwarf blade with a worthy history? Any adventurers bringing such a weapon back to the Baroness would be well rewarded.

These adventurers might include dwarfs who know the mountains well. The Karak ranger is a new profession for dwarfs. Karak Azgaraz is a dwarf stronghold with strong trading ties with the Empire. Dwarfs have access to new weapons, including the bearded axe (quality of trap weapon) and the drakefire pistol (on a critical hit also inflicts the ablaze condition). An adventuring band exploring the mountains could be based out of the Inn of the Six Pints in the Azgaraz Trading Post (page 65).

There is a lot of amazing to be had in the Archives of the Empire Volume I (PDF only). The Grand Provinces each get a page or two of details. The book drills down to detail for dwarfs, elves, and halflings and offers numerous adventure hooks for the GM. A variety of Warhammer campaigns could be kicked off using this fine level of detail, not just the three ideas discussed here. The Mootland and Laurelorn each get a map, and a whole campaign could be set in each location, for example. Adventure beckons from the pages of the Archives.

Warhammer World Building: The Empire of the Old World 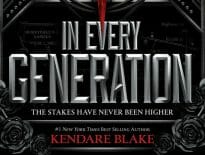 Books In Every Generation: Buffy the Vampire Slayer sequ… 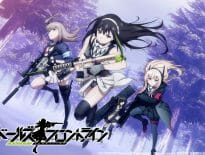