You are here: Home / Games / Tabletop & RPGs / Warhammer World Building: The Empire of the Old World

Each RPG features player characters exploring a world of magic and monsters that is threatened by the forces of Chaos. This month continues a three-part (grown from two originally) exploration of the Empire of the Old World for WFRP.

Last month was a look at Archives of the Empire Volume I (PDF only). This month is a comprehensive look at Middenheim: City of the White Wolf (PDF only). And next month covers an adventure and adventure support in Middenheim in Power Behind the Throne and its Companion. My thanks to Cubicle 7 for providing physical copies of these books to help in my continuing exploration of everything Warhammer RPG related. As with all the Warhammer books, this one is high quality and full color with endpapers depicting maps of Middenheim, one for the GM and the other for players.

The characters in Warhammer Fantasy Roleplay are from the Reikland. Middenheim includes tables and rules for characters from the northern provinces of the Empire. The Wolf Kin is a new profession that can replace the Flagellant who normally follows Sigmar. Riverfolk will find a hard time working in Middenheim except for Smugglers who can turn to the Low Kings for thieving and Stevedores who can instead work as teamsters. Any campaign set in Middenheim would do well to start with Appendix II if characters are going to be local. Four pregenerated characters are also included. Elves are most likely from the Laurelorn Forest and are covered in the Archives of the Empire Volume I.

One interesting option would be for the PCs to be a Middenball team. Rules for the popular sport are included. Teams consist of athletes (fast), brutes, and dwarves. The GM might offer XP incentives to players who choose careers that fit the team (for example, the PCs choose to play for the Southgate Slammers and all agree to be Burghers).

On the GM side are plenty of details on the city. Years of history, NPCs, and large conflicts are presented. But the day-to-day adventure hooks are coupled with a visitor’s guide, and the results are fantastic.

Middenheim first stops at the city gates and then discusses tolls and traffic and where to find work. Work usually has to go through a Guild or for the criminals the Low Kings. Chair lifts offer access to buildings perched on the edge of a plateau. And guards are detailed for when things get out of hand.

Next up are a series of neighborhoods with descriptions, NPCs, and adventure hooks. This is where the book shines if you are a time-strapped GM.

For example, step into the Tardy Ass. A spacious and clean tavern run by Jost Geller, it is a place to earn a name for oneself. Festag Flytings are contests of jibes before a boisterous audience. This is even before the hooks like the famous comic Rallane Laferel showing up incognito to get inspiration. If the PCs recognize him and discretely help keep his secret, they may earn powerful friendships.

The Baiting Pit is another location PCs might value. They could track down exotic beasts for Bleyden, one of the Low Kings, to use in the fights. He in turn would provide a percentage of the betting profits. Or Kled, who runs the fights for Bleyden, may have seen some Drakwald Mancatchers get stolen and hire the PCs to find out who took the spiders and get them back.

The Quirky Bird, run by Hettie Greenhill, specializes in horrible décor and exotic meats that don’t really taste that great. She is likely to hire adventurers for the flesh of strange monsters. Someone is also tormenting her by covering the face of her statue of Esmerelda, and she would pay someone who finds out and stops who is doing it. Finally, a cult of followers of Slaanesh are stalking her. Hettie doesn’t know who is following her but would like to find out who is doing it and have them stopped.

The section is filled with dozens of hooks scattered all over the city. A GM could introduce PCs to the city by offering a few hooks and see if one gets a bite. The GM can then turn back to the front of the book for more details. History, important people, ongoing plots and rivalries, organizations, and more are detailed to make the city come alive and flesh out the plot hooks.

The Low Kings are the monarchs of Middenheim’s underworld. They have a whole section devoted to them with nine adventure hooks. One that could lead to a decent adventure arc involves the Low Kings infiltrating the Watch. Ulrich Schutzmann also appears in the Warhammer 2E adventure Ashes of Middenheim, and he is still on the case here. He is very likely to want to hire adventurers to root out any corruption in the Watch. Of course, the Low Kings would push back. They would point out that Schutzmann follows Sigmar and try to frame the Watch to implicate them as a tool of the followers of Sigmar. A campaign of disinformation, investigation, and street violence could wage throughout the streets as the PCs hired by Schutzmann and the Low Kings duke it out. Betrayal by the Watch itself would be a constant danger, with the PCs sometimes being placed in the dangerous position of not knowing who they can trust.

The adventures do not have to stop inside the city walls, however. The area outside Middenheim is also covered. The Grand Duchy has its own adventure hooks as well. It also has a map with the Drakwald Forest to the west, Middenheim in the middle, and the Middle Mountains to the East. The elves of Laurelorn are covered in Archives of the Empire Volume I. The duchy is also home to greenskins, beastmen, and even Fimir.

The focus could be on one city and a small surrounding location, allowing NPCs the PCs meet to stick around as friends or foes. PCs could join Guilds, Knightly Orders, the Low Kings, or other organizations. A GM and a band of player characters will find months of adventure in Middenheim. And next month, the idea of radically changing the city will be discussed using the Power Behind the Throne and its Companion as additional resources to use with Middenheim.

Warhammer World Building: The Empire of the Old World 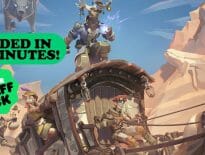 Tabletop & RPGs Give your 5e RPG some options with The Delver̵… 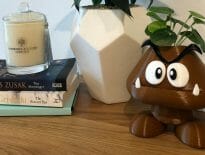