You are here: Home / Games / Tabletop & RPGs / Christmas in July: Chainmail, the game which became D&D, is on sale

The DMs Guild and DriveThruRPG’s Christmas in July sale feels a little late this year. It’s nearly August, but sometimes good things come to those who make a patience saving throw.

Chainmail, the fantasy game from Gary Gygax and Jeff Perren widely believed to be the progenitor of D&D, is in the sale.

The DMs Guild has more than a PDF scan copy of Chainmail available. The print-on-demand softcover is also available. The bundle, with both, is also marked down.

Right now, according to the Christmas in July page at the DMs Guild, there are 11 days left to go on the sale, and Chainmail isn’t in the top ten moving items.

Book of Challenges: Dungeons Rooms – Puzzles and Traps for 3e D&D is, followed by the 2e edition for Planescape and then the 5e rules for the Lost Laboratory of Kwalish.

Old 1e D&D titles do make an appearance, though, with the Players Handbook currently in 7th, just ahead of a 5e Tortle Package.

Over at the sale page on DriveThruRPG, it’s not Cyberpunk RED in the first place, which is the usual spot for the setting. The creepypasta game inspired by urban myths, tall tales and user-generated content SCP: The Tabletop RPG is instead. Arch D&D rival, Pathfinder is in 3rd place, but not with Paizo’s rules (which aren’t on DTRPG), but the Savage Pathfinder edition. It’s the Design Mechanism’s Mythic Babylon between them.

Since the Dune trailer is just out, the Dune: Adventures in the Imperium new RPG might well move up from 14th place as the fortnight progresses.

In fact, with those two weeks just kicking off, the top ten on both sites are likely to be quite a fight. Will we see Chainmail challenge for a position due to gamers curious about the origins of D&D? Hmm.

Christmas in July: Chainmail, the game which became D&D, is on sale 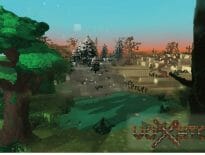 Mobile Get out from behind the book: VoxStory brings tabl… 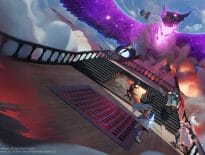