You are here: Home / Games / Tabletop & RPGs / Get out from behind the book: VoxStory brings tabletop RPGs to TV screens

Does your RPG have better moments in it than some TV shows? Would it be cool to sit on the sofa, beer and pizza on offer, with your friends watching as your orc druid chased after the bandits?

Current Year Gaming, the team behind VoxStory, thinks so. On Kickstarter now is a project to bring to life software that lets you use your TV screen as an interactive world, with characters controlled from your smartphone, for tabletop roleplaying. It’s a new take on virtual tabletops, and you can follow progress or join in from the project page.

There are no subscription fees for VoxStory. Get it once, and it’s yours. Early bird slots are still available, so lifetime membership starting with beta access is on the table.

Additionally, when Geek Native spoke to Ashley of VoxStory previously, a highlight discovery was that only the GM needed a paid account. That’s a promise kept by the Kickstarter.

Embarrassing disclaimer, I’ve backed several VTTs, and never used any of them. I’m going to back VoxStory anyway because of this lifetime option.

Also important to note is that VoxStory isn’t entirely system agnostic. Yeah, I’m sure you can ignore the platforms in-built rules if you wanted, but it is an RPG engine in its own right. This is inferred from the rule guidance and content on offer. GMs can also customise the integrated rules.

There are, for example, some alternative races like cyclops, wrage, harpy and scalekin to pick from for characters.

The pledge tiers make no reference to technology, but it is addressed in the FAQ. The desktop app will be available on Windows, Mac and Linux. The mobile app will be for Android and iOS.

Your access to VoxStory is unlocked with a £20 pledge, the early bird tier is for “The Adventure”, which adds in beta access and a digital artbook, and that’s available at £25.

The early bird GM tier costs £50, comes with 4 copies of the game and exclusive extras. Now, those 4 copies aren’t needed for your players. Those are accounts that other GMs need (players can play for free), but they are ideal if you don’t want to be the forever GM and want to gift people with VoxStory!

There are higher tiers, some much more expensive, which include exclusive physical goodies and automated access to future updates that might otherwise cost.

The estimated delivery for most tiers, saving the impressive collabs, is January 2022.

Get out from behind the book: VoxStory brings tabletop RPGs to TV screens 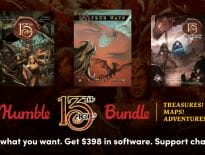 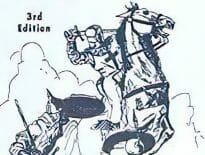