It was the preview pages of Once Bitten – The Vampire Compendium from Cassandra MacDonald, Jackson Lewis, Isaac May and Ashley May that caught my attention when it launched on the DMs Guild last week.

It looked like a World of Darkness game. In truth, of course, Once Bitten adds a host of bloodlines to 5e.

Launching with a content warning, dealing with dark themes, Once Bitten: The Vampire Compendium also started out with a $9.99 price tag that the team has granted immortality to. They note;

As a thank you for the incredible community support we’ve received, Once Bitten will be remaining at its promotional price of 9.95 for good!

Geek Native has found an even better value deal. The Hunter Bundle launched today and costs $19.95. That bundle has two books only;

The catch, of course, is that it’s both or neither if you want those prices via the bundle.

Once Bitten – The Vampire Compendium is an 81-page supplement that adds five new bloodlines, with statblocks for fledgling, mature, elder, ancient and even progenitors of each.

The resulting 25 new vampire types range from CR5 to CR 30! That’s enough for a big bad at any tier. 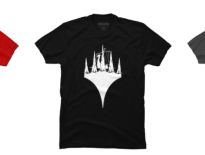 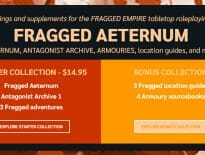