You are here: Home / Games / Tabletop & RPGs / 9 years of adventure: A review of Jackals – The Fall of the Children of Bronze

The Fall of the Children of Bronze is a campaign for Jackals, except it isn’t.

Clearly, to take a stab at being a helpful review, we need to establish what this bronze age fantasy RPG supplement actually is!

The Fall of the Children of Bronze begins by sharing four assumptions it’s making, and we’ll talk about three of those shortly, but the first is clear; this is not a collection of adventure paths. An adventure path in RPG terminology is a standalone scenario that links directly into the next, creating a story that takes characters and their plays towards the finale. The calmative story is the campaign.

However, The Fall of Children of Bronze is a collection of adventures. They don’t all link directly together, but they nudge towards the fall of one of the War Road’s city-states it becomes part of the new kingdom Luathi.

I really like The Fall of Children of Bronze, but it’s not enough. If I were to run an actual Jackals campaign, I would need to create a much more direct campaign, motivating the characters and capturing the players’ interest and attention. I would weave The Fall of Children of Bronze into it. It’s a second campaign, and the players might not even know they’re doing it at first but may well be able to look back with hindsight when the penny drops and love you for it.

I think that’s a pretty important need-to-know when considering whether you need this book.

I mentioned four assumptions and think the second is noteworthy too. Not all the characters will finish the game. That’s not just because it’s terribly dangerous being a Jackal, a hero who protects the relatively newly freed people from the not-yet-fully-banished monsters that once ruled them, but because Jackals retire.

I regret not giving this more attention in my central Jackals review but this is an RPG where one of the character motivations is to retire in peace and comfort. Players are motivated to share this wish for their characters with a clever benefit system, which gives the replacement character some extra oomph.

As a result, I see the sheer duration of The Fall as a perk. It’s nine years of adventure tied loosely by 14 different incidents. The game’s creator, John-Mathew DeFoggi, calls out retirement benefits for many of these adventures, perks for those who manage to achieve those milestones.

I think the other two stated assumptions are far less noteworthy. In fact, they’re barely even worth including in the same section and perhaps water down the critical two by being so. The third assumption is that other things are happening and that the Loremaster might get extra insights. It would have been more helpful, more upfront, to say; you will need to make other things happen. The last must be for rookie Loremasters/gamemasters, in that it states the likeliness of your players not following the expected script.

Lastly, rudely, but worth mentioning, the physical form of The Fall of Children of Bronze is delightful. It’s in the same A5 format as the core rules, with slightly coloured pages, a robust body and tactically placed art. I found it easy to pick up, flick through in search of a reference point and simply a far better table companion than more oversized hardbacks.

The Fall of Children of Bronze approach

The format of this mini-tome of adventures is absolutely part of the book’s success. It follows a yearly structure.

Each year gets an introduction that gives a high-level look at the adventures to come (usually two a year, sometimes one) and where these incidents overlap.

My tip is to read these introductions first. As noted above, the book is a delight to page through, so take advantage of that and scan these opening notes first to get a coherent feel of things to come.

Each year as a theme, I think this moves from an “academically interesting” and into “good suggestion” territory when combined with the almost certain need to weave The Fall of Children of Bronze around other events. Year one is about the hidden depths of the earth, the knowledge and danger there.

It’s in the introduction that we discover the essential NPCs for the year. As with the theme, it’s good to think about how to use these characters, but my hesitation here is to incorporate foreshadowing while not detailing the pre-written notes before you even get to them or misdirecting the players’ attention afterwards.

Then, of course, there are the adventures themselves. We’ll look at how those are structured in just a bit. There are also events going on elsewhere in the Zaharets. The disclaimer given (again) by DeFoggi is that the characters might not actually get caught up in these. The one I’ll share (again) is that you almost certainly need something else for the year.

Lastly, there’s also a bunch of hooks for other adventures that could happen that year. By now, I suspect I’ve ever made my point that I think additional scenarios are needed for every year, and so I’m appreciative that space has been found in this 240-page book for some suggestions.

The adventures are broken down into different acts. Each Act is a logical sequence with something of a pause before the next likely series of events.

I’m a big fan of the act structure, and then the bullet point approach Osprey and John-Matthew DeFoggi take. We don’t get space-consuming shaded boxes to read NPC scripts aloud (which I never use), but bullet points of the information NPCs can provide.

That means NPCs are more than quest givers. It means players can’t easily spot “the speech” when the Loremaster suddenly reads a bit and have to work with appropriate vigour to scratch out clues and directions. It means it’s worth talking to NPCs more than once!

There are tables and maps for most adventures as well. The maps are for you, the book’s owner, not for players. I think Osprey should seriously consider taking a look at what might be required to make the cartography into something suitable for a virtual tabletop map or just a printed one. I think that’ll help people play (thus commit to and buy more) Jackals and help other people discover it.

The tables tend to be used when randomness can be inserted into the game safely; what loot a body might have, the effect of a curse, what other groups of people the PCs might encounter. Separately, NPCs that need stats have those presented in compact tables alongside their appearance in the narrative. Therefore, there is no extended appendix of NPCs at the back of the book.

I’ve touched on this already, but The Fall of Children of Bronze is almost physically perfect. It’s half the size of some pre-written adventure hardbacks but seems to hold twice as much. It’s nine years of content, after all!

Yes, there are fewer illustrations. However, like the core rules, the book’s pictures are impactful, top class and used well (generally at the start of a year/chapter).

Paper quality feels excellent. When I say it’s a delight to page-through Fall, I mean it. It’s a book that you can feel proud to have invested in.

The layout is spot on. I learned by scanning, never struggled to find the thing I wanted to look up or had to go looking when the notes mentioned something I needed to know. That said, I’ve only had Jackals for weeks, not even months, and there were times when I referred back to the main rules for terminology and geography.

If you’re a fan of the core rules, then you’ll appreciate this supplement just the same. Osprey has proven that there’s no bait and switch with Jackals; so far, the high-end production value of the leading book has been kept up.

You need Jackals to use this grand campaign. If you have Jackals, but don’t like the RPG as much as you had hoped, then I doubt The Fall of the Children of Bronze will change your mind.

However, if you want to play more Jackals and know what you’re getting with The Fall of the Children of Bronze, then I think you’ll be a fan of the book. It’s easy to use and invites you to make use of it.

There are 14 adventures here, not linked together to make a campaign, but to tie nine years of adventuring and perhaps multiple generations of Jackals together in a single story. I can see Fall actually spanning several campaigns. I can see gamemasters using this book for years. That’s not something you can say about most campaigns, as they tend to be one-and-done.

See yourself running one or more Jackals campaigns? I recommend The Fall of The Children of Bronze to weave into those adventures.

My copy of Jackals: The Fall of Children of Bronze was provided by Osprey for free to facilitate this review.

9 years of adventure: A review of Jackals – The Fall of the Children of Bronze 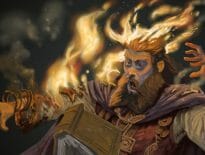 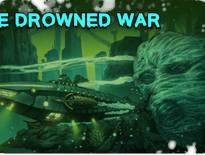 Tabletop & RPGs A flooded and Savage World: The Drowned War RPG
wpDiscuzComment Author Info
Manage Cookie Consent
This site uses cookies 🍪, and links are ads that may earn bloggers some money 💰, and with this alert, I very much hope that these dark truths 🧌 are acknowledged.
Manage options Manage services Manage vendors Read more about these purposes
Preferences
{title} {title} {title}
Loading Comments...