You are here: Home / Games / Tabletop & RPGs / A flooded and Savage World: The Drowned War RPG

Star City Savages are Kickstarting a Savage Worlds Official Licensed Product and a roleplaying game set in a drowned world.

The apocalyptic setting of the Lost Sea is one where refugees sink. The campaign asks for $5,000 to fund and is halfway there in the opening week. There are currently 25 days to run on the Kickstarter clock.

Perhaps reminiscent of a popular computer game set underwater, The Drowned World has rules for both cyberware and spliceware. As a result, you can create animal hybrids, like fox people, as characters or even walking coral colonies and robots.

Would you kindly take a look at the pledge levels with me? Thank you.

The core PDF unlocks at $25, although you can offer up $10 in support before that. The print-on-demand voucher for DriveThruRPG’s Lightning Source physical book becomes available at $40.

The $100 tier is about to sell out; it lets you create a refugee or citizen character to appear in the game. There are higher levels, such as $250, to make a leader NPC. There’s even $500 for a signed copy of the book and the ability to develop on the Diver Lords.

If you do back at these creator levels, then, please, create exciting characters.

The stretch goals add in pre-generated characters, an adventure, a campaign, superhero rules and the Flotilla Oceania.

We’re told the game is already in the final stages, and the pledge levels with rewards are likely to be fulfilled in November of this year. The plan is also to give backers an early digital copy, if possible.

A flooded and Savage World: The Drowned War RPG 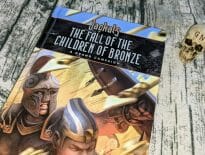 Tabletop & RPGs 9 years of adventure: A review of Jackals – … 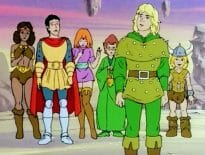