You are here: Home / TV / Anime / The brutal Viking anime Vinland Saga gets a second season

Vinland Saga picked up Best Drama in 2020 for the 7th Anime Awards. The show is about a young Viking boy surviving by learning to be as brutal as the world around him.

The second season of the series has been approved with both the director, Shuhei Yabuta, and the character designer, Takahiko Abiru, returning.

In real life, Vinland refers to the coast of North America believed to have been scouted by Leif Erikson around 500 years before Christopher Columbus, which is perhaps an indication of just how much story is left to come.

The manga is available in English on comiXology. Kodansha Comics describes the whole series;

As a child, Thorfinn sat at the feet of the great Leif Ericson and thrilled to wild tales of a land far to the west. But his youthful fantasies were shattered by a mercenary raid. Raised by the Vikings who murdered his family, Thorfinn became a terrifying warrior, forever seeking to kill the band’s leader, Askeladd, and avenge his father. Sustaining Throfinn through his ordeal are his pride in his family and his dreams of a fertile westward land, a land without war or slavery… the land Leif called Vinland.

Season one of the anime is available at Amazon Prime Video but we don’t yet know where, or if, season 2 will translate to English. Given English title cards on the trailer, it looks likely.

The brutal Viking anime Vinland Saga gets a second season 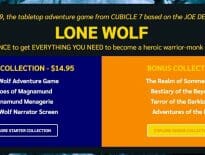 Tabletop & RPGs Last chance to get this RPG? Cubicle 7 takes the l… 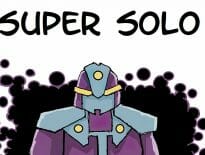