You are here: Home / Games / Tabletop & RPGs / On track? Call of Cthulhu Classic on the way to be the first $1m Cthulhu RPG

Chaosium is republishing its classic Call of Cthulhu boxed collections with the assistance of the Kickstarter community. The campaign target is thrashed, and while it’s early days and highly likely to change, Kicktraq suggests the $1,000,000 line will be crossed.

CMON’s board game “Cthulhu: Death May Die” nearly hit $2.5m, but the highest Cthulhu-themed (mentioned in the synopsis) RPG is Arc Dream’s Delta Green which made $0.36m. Chaosium is already nearly there, and with more than two weeks still to go. You can see the latest total on Kickstarter.

Correction: 7th July – Ahem, Call of Cthulhu 7e made $561, 836. That campaign seems to be being suppressed in Kickstarter’s search engine, but it’s there, and I should have remembered.

The campaign is timed to celebrate Call of Cthulhu’s 40th anniversary of the Lovecraftian horror RPG.

There’s an original sized box, a large one, and since the publisher is packing both, you can double-up and buy all the editions. The contents of the classic 2″ box are;

The first reward tier costs $40 and delivers the 1″ box with the 2nd edition rules. The PDFs are also included.

If you’re just looking for digital editions to bring your library up to see, the box set rules and 5 supplements are $49.

The signed limited edition has sold out, but there are higher tiers.

The digital downloads are estimated for August and the physical boxed sets in November this year in terms of delivery.

You forgot about Call of Cthulhu 7th edition which reached $561k on Kickstarter.

On track? Call of Cthulhu Classic on the way to be the first $1m Cthulhu RPG 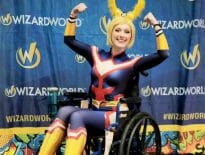 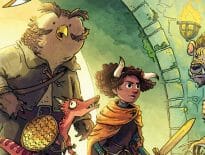 Books No Humans Allowed: Wizards of the Coast grant Harp…
wpDiscuzComment Author Info
Manage Cookie Consent
This site uses cookies 🍪, and links are ads that may earn bloggers some money 💰, and with this alert, I very much hope that these dark truths 🧌 are acknowledged.
Manage options Manage services Manage vendors Read more about these purposes
Preferences
{title} {title} {title}