You are here: Home / Books / John Dies At the End review 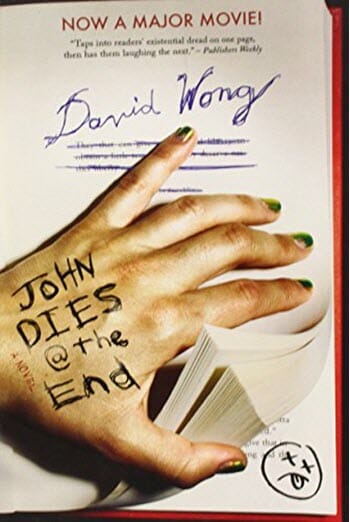 That’s the story of the author. This book actually begins life on the web. It gets picked up by a professional publisher. It’s currently out in print at the hands of Titan Publishing and the words “Soon to be a major movie!” appear on the cover. I hope it does become a movie. I’m just not sure I can believe anything David Wong says.

John Dies at the End is a hilarious comedy.

John Dies at the End is a macabre horror.

It’s both. Really. I was sceptical as I picked the book up read the first couple of pages. What I should have done is read the blurb at the back. Don Coscarelli describes the book as a mash-up of Douglas Adams and Steven King. He’s right, there’s certainly Douglas Adams in there… and perhaps some Steven King although if there was a neo-Lovecraft that would be a better match. If you’re trying to remember which author Don Cascarelli is but you can’t place the name to a book then that’s because you’ll know Cascarelli from his film work. Cascarelli directed Bubba Ho-tep (with Bruce Campbell) and Phantasm I through to V (with flying orbs of death). He’s the name attributed to the John Dies at the End movie. He would be a good match for it. Mix Bubba Ho-tep with Phantasm and you’re tapping into the feel of this book.

Wong – not his actual name – has a skill in creating believable characters coping in unbelievable situations. That’s not to say that character Wong and John are ‘guy off the street’ sort of characters, they’re both very much troubled by their own personality issues, histories and life situation. It is to say that they’re believable. Right at the end – and I’m not going to spoil John Dies at the End for you – John does something odd. At this stage you don’t ask why?! By the end of the book you nod, smile and admit; “Yeah, John would do that.”

The plot is complex but, oddly, holds together. We begin with Wong trying to bring a journalist up to speed with the series of incredible events without the hack walking off and away from a mad man. Trouble starts in earnest when Wong and John sample a dark liquid they call the Sauce. It shifts their perception of reality and with that offers some forms of power over reality. They’re just small fry in a large pool of malicious creatures with the dread Korrok apparently at the big and rather dangerous shark.

Trouble comes in the form of man eating spiders, shadow men, demonic police, swarms of deadly flying things, floating jellyfish, dead bodies in the shed and exploding bodies. Yeah. There is some gore in John Dies at the End. It’s as necessary as the man eating spiders and telepathic dogs. That’s to say that neither seems out of place, even when they are unexpected but this book does sometimes shock you.

I said I was sceptical when I picked this book up. I was won over by the end. Actually, I was one over in just a few chapters. The intro is strong, the encounter with the meat ghost a little odd but the return curve comes quickly and carries you along.

If there is to be a movie; I’ll be there to watch it – even though life will never be the same again.

Disclaimer: I’d never had picked this book up off the virtual shelf, my copy was provided for the purposes of review – and I’m glad it was as I enjoyed it. It was made clear that if I didn’t enjoy it that would be made crystal clear in this blog post.

John Dies At the End review 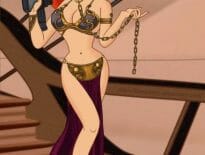