There are a half-dozen Era games in DriveThruRPG already. The core rulebook is normally $25 and the others are Pay What You Want. I think Hitman is a standalone that doesn’t require the core rules. The Kickstarter notes it is compatible with other Era games and that the Era d10 rule has been slightly modified.

This game has funded. Shades of Vengeance only asked for £100. The reason? Era: Hitman was a digital only Kickstarter to begin with and this is a follow on to make the paperback. By setting the goal at only £100 the publisher can ensure success and whoever wants the paperback can get it. There’s over 40 backers and some £600 in the pot for now.

The pledge tiers don’t force you to go paperback. A pledge of £5 gets you the digital rulebook. A pledge of £10 is enough to get the A5 full-colour physical edition.

The game puts players in the role of super-powered assassins. It’s all about the hit as the Guild protects you for any form of retribution once the deed is done, scrubbers moving in to tidy the scene and remove any evidence of you.

This superhero-themed post is from 2017’s Superhero Week. Made any good superhero discoveries online recently? Share them in the comments below or teleport to a new superhero article and keep reading. 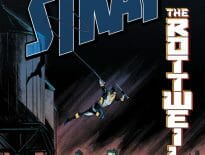 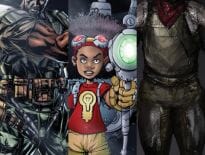