The catch? Well, as the name of the column suggests, these anime reviews are irregular – they’re ready when they’re ready.

But some parts of the column are reasonably regular. I always like to solicit your own opinion and recommendations for shows to watch, especially as the streaming platforms are doing what they’re doing just now with online expos to give us the lowdown on the coming season.

There’s generally five or so, sometimes more but not in this case, shows in the write-up and typically at least three episodes being considered at once.

As we conclude each mini-review, it’s the rule that we can sum things up in just a word or two. Is it an average show? Or worse? Do we need to say more? It’s not an out of 10 ratings, that’s a bit clunky for us (especially when so few shows get 5/10), but it’s a to-the-point summary. Geography allowing, you’ll find a link to where you can legally stream it too.

Ah, straight back into the action. There’s something warm and reassuring at watching friendly demons and vile angels go to battle. That’s to say, this far into The Seven Deadly Sins, we know the Sins are the goodies and the Commandments, the baddies.

We also know they all have their own backstories with twists, turns, flaws and plenty of baggage.

But to hell with that, let’s jump into the fighting. It’s needed to; we’ve already spent an entire series on the build-up to this (is it the?) final showdown.

I feel the results are pretty much a foregone conclusion and have no problem with that. However, and it pleases me to say, there’s just a niggling suspicion that there might be a final twist or dramatic end over the horizon.

We were told it would be different, and it is, but familiar too. A game I started to play is “Is that Godzilla?”

Trust me, we know when the giant kaiju finally arrives, and it’s perfectly in keeping with Godzilla shows for the lizard to be late to the scene.

Godzilla stories often reflect societal concerns of the day. Nuclear fallout was the start of it, and we’ve seen plenty of variations since then. What do you think the problems of today are? At least, what were the concerns when Singular Point was being written?

With clouds of red dust floating around the world in Singular Point, is that a biohazard? The good news is that you can enjoy Godzilla Singular Point without wondering about any of that.

If you need some sort of reflection at the end, too, don’t worry; you’ll get a narrated one.

Status: Better than average
Where: Netflix

Pulled in some countries, as Geek Native foreshadowed, the Record of Ragnarok shows desperate humans from throughout history battling with gods for the survival of the species.

Sometimes those are gods from contemporary cultures and religions today, hence the show being yanked from some geographies.

However, we don’t get to a Ragnarok. We don’t even get halfway through all the matches. That was expected, even made clear from the start. However, that’s because the fights last for many episodes and not because Record of Ragnarok has anything else to give us.

It’s possible to a series of fights and have some plot as the likes of Baki and Tower of God have shown. I predict Record of Ragnarok will get more episodes, but I’m less confident we’ll get much more plot.

I’m trying something new, and I don’t care if you hate me for it. I’m watching BOFURI in English.

Why? I’m swamped in real life and need to multi-task to get through everything, but I still need my anime escape. I picked BOFURI as a show that would hopefully not need 100% of my attention, and to make that possible made sure I can at least give it 100% of my ears.

It works! I’m really enjoying the story and slowly getting used to peppy American accents. There’s a difference between the earnest charisma of Japanese voice actors and American pep, but it’s hard to explain.

BOFURI is about escapism (which I need), breaking a computer game, and then riding the waves as the devs release patches to keep up (which I find hilarious).

It’s a simple concept; a total newbie puts all her stats into defence and makes it work. She can barely walk, but it works.

I’m glad I watched Moriarty the Patriot, and in the final washup, it gets a “Good” status, but the ending feels a bit rushed.

Despite all these episodes, it’s almost as if the ending came sooner than the writer expected. The tempo is of sudden escalations. While the characters can say, “this is all too my man”, I have to ask, “was it?” because it feels as if third-party involvement was divisive.

Yes, that’s the third party that I said previously felt shoe-horned in. I also said Moriarty wasn’t being very proactive with it. Perhaps my radar was a little off; I certainly dismissed the faction, but not in a good way.

However, it’s worth stressing that the idea is fantastic, and its execution is pretty good too. Worth a watch, especially if laser robot catgirls aren’t your jam. 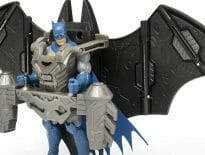 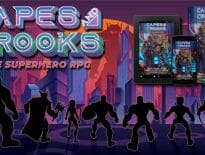