Maqio Toys is an independent toy shop, and isn’t it great that we still have those. Founded in 2011, they opened their first shop in Buxton and have since expanded.

A new addition to Maqio’s eCommerce site is this DC official range of Batman models. Since it’s Superhero Week, let’s check them out;

No batteries needed, 210g and suitable for ages 3 and up; this Batman has 11 points of articulation and transforms with a press of the button on the back. It’s a good match with the separately sold Mega Gear Bronze Tiger.

A speaking Batman with three batteries included weighs in at 550g and is suitable for ages 3 and up. Famous for the Bat-belt, after all, this model goes to town with the utility. Batman has over 20 phrases and sounds to make.

We’ve already seen the Black Cape Batman, but what if that’s not your Batman? The blue model is also suitable for 3 and up, weighing 230g and easy fold wings.

Do you feel lucky, punk? Er, okay, wrong franchise, but I can imagine Batman saying this.

Perhaps the product designer was inspired by the Riddler in this case as this model comes with three mystery accessories a mission card such as “Carnival Chaos”, “Harbour Defender”, “Sky Detective”, or “Arkham Asylum Escape Mission”.

This Batman comes in at only 100g and, once again, is suitable for budding heroes of ages 3 and up.

This collection of Batman articulated models is part of Superhero Week, and there are others like it, along with reviews, comics and even videos. Use this teleport link to jump to a random article in the series or browse the collection. 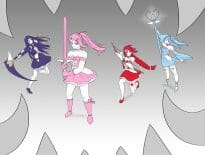 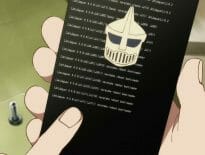