Everything seems to mix together in a horribly excellent way with the first official trailer for Gyakuten Sekai no Denchi Shōjo: Rumble Garanndoll.

There’s music that might conjure up memories of Cowboy Bebop, marching troopers that might take your mind to Nazi Germany, there are rebellious youths in headphones and pretty dresses, and they’re all mixed together.

Characters will include Hosomichi Kudō, who works at a not entirely legal Tokyo club; anime fan Rin Akagi; Yuki Aoba, who isn’t just an idol, but an underground idol and the retro games fan and hacker Misa Kuroki. That feels like a mashup of characters too.

The story is set in 2019, except we’ve had a dimension rift open that revealed an alternative world known as “Shinkoku Nippon”, or a turnabout world.

That’s where the soldiers come from, invading this Japan with gas weapons and taking control. A decade of harsh censorship means that the sub-cultures of manga, anime and all things geeky have died off. Unless, of course, we were to secretly continue underground.

The English-language title is yet to be confirmed, but I’m going with Rumble Garanndoll for now. 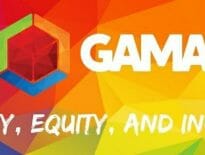 Tabletop & RPGs 44 years of tabletop gaming changed this weekend a… 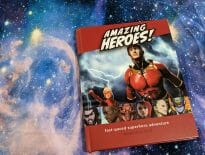