The Games Manufacturers Association has been going for 44 years in the United States. It was created to protect and shepherd the Origins Games Fair and has been running as a non-profit since 1982, expanding to become a trade association for the hobby games sector. This weekend, it voted to transform itself.

It’s had a rocky time of late, with fairs cancelled not just due to COVID-19 but what was seen as a lacklustre response to the critical matter of rights and diversity. In response, GAMA pushed on with initiatives like the tabletop games search engine and proposed a significant restructure.

That restructure has now been voted through, and with 93% of the votes.

We are living a historical moment in GAMA’s 44 years of existence. Thank you for your trust and support.

Today, propelled by the Board of Director’s initiative to embrace our values of inclusivity and acceptance and following our motto: “A game on every table, a table for everyone,” you have expressed your support to invite ALL actors of the game industry to our table — I thank you for that.

The new structure means that there will be six voting groups;

Each of these groups will elect a Director-At-Large to represent them on the Board of Directors.

Brissaud acknowledges the road ahead will have challenges. The restructure comes at a hard time, with freight costs being a menace and the American postal system being equally expensive even for individuals.

Last year, our industry faced what seemed to be an endless cascade of challenges: a global pandemic cancelled our conventions and shut down most retailers, while a much-needed call for racial justice prompted many in our industry to reexamine how little had been done to make the hobby games industry a diverse and inclusive community. Sometimes it felt like a decade of history was being slammed into a single, challenging year.

While GAMA tried to meet those challenges and support GAMA’s membership, it was clear in June of 2020 that on issues of diversity and inclusion—especially regarding racial justice—GAMA was still falling short. Specifically, GAMA appeared to waffle on supporting the Black Lives Matter protests, alienating many partners and allies, and then ultimately cancelled Origins Online in the wake of the backlash.

As a Latinx designer and publisher, I was deeply hurt and frustrated to watch GAMA’s staff and board make these mistakes on these important issues. I know our industry can do better, and I was shocked to see the cascade of failures that led to Origins Online’s cancellation. There are times in which I doubt that I am truly welcome as a professional in our industry, and I had hoped GAMA would never give me reason to question my inclusion.

GAMA hopes that the new structure will better represent the industry and, therefore, hobby gamers. 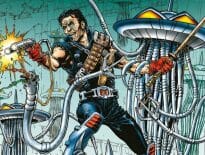 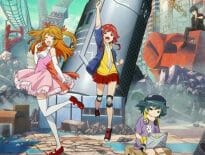