Anime Evangelion earned its place in history. It’s a clever show and then threw a hail Mary when it was about to run out of money, resulting in a brutal, surreal and, whether you liked it or not, memorable ending.

Since then, because of the status it achieved, it’s had follow-on movies, movies with alternative Evangelions, and all sorts of other projects. I’ve seen many. They’ve been hit or miss and often equally bewildering.

Evangelion 3.0+1.01 is the latest, and it is breaking records in Japan.

Amazon Prime Video will get the feature-length animation, is officially running the trailer, but I don’t see even a holding page on the streaming section of the site. That may have changed by the time you click on the link.

It’s due to air on August 13th, so I suppose, plenty of time yet. Unless you’re in Japan, where Amazon doesn’t have the rights (it’ll have to make do with 240 other countries where it does!)

After COVID delays, Evangelion 3.0+1.01 made it into cinema screens in Japan and became the highest-grossing film in the series and the longest. 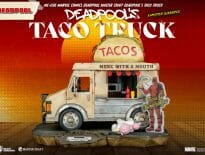 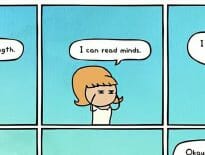 Comics Superhero Week: We can all be superheroes…
wpDiscuzComment Author Info
Loading Comments...